Bradley Wiggins Out of This Year's Tour de France 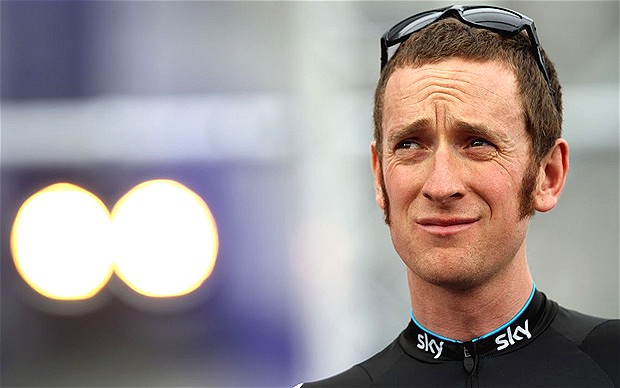 Bradley Wiggins announced this morning that he expects to miss this year’s Tour de France, indicating that his team has instead decided to focus on his teammate and bitter rival – Chris Froome.

Wiggins, who became the first British rider to win cycling’s grandest event  two years ago, was not selected to compete with Froome at the Criterium du Dauphine, the "tuneup" event for the TDF, which was a clear indication that he was unlikely to participate in this year’s Tour.

Speaking to the BBC Breakfast program this morning, the 34-year-old cyclist voiced his disappointment at being left out by Team Sky despite a recent surge in form and his victory at the Tour of California last month.

"I am gutted," Wiggins said. "I feel I am in the form I was two years ago. Now if I want to go to the Tour again, the reality is that I might have to go elsewhere. I also understand that cycling is a team sport and it is all about Team Sky winning and Chris is defending champion."

Wiggins’ contract with Sky expires at the end of the season.

Although Wiggins told French newspaper L’Equipe there’s still a chance he may make the Tour should Froome incur  an injury at the Dauphine. However, short of that, it’s unlikely he’ll be riding in the race.

"Having missed the Tour again this year, I wouldn’t like to leave it there," said the former pursuit specialist, who could now turn his focus on competing on the track at the Commonwealth Games in Glasgow, Scotland, in August. "I’d love to go back at some point so there is the chance that I would go back to the Tour next year."

Meanwhile, Wiggins is still expected to compete at this year’s Tour de Suisse.

It’s no secret that Froome and Wiggins have endured a frosty relationship over the past few years. Tensions first arose during the 2012 Tour, with Froome sometimes looking like the stronger rider in the climbs, but being ordered by the team to support Wiggins rather than attack.

Last year, after suggesting he would seek to defend his title and upset Sky’s plans of making Froome its leader, Wiggins missed the race because of health issues and Froome easily won the 100th edition of the race.

Froome recently said his relationship with Wiggins was back to normal, and Wiggins was adamant he would support his younger teammate if he was selected.