Brian Cookson Warns All Sports Have a "Doping" Problem 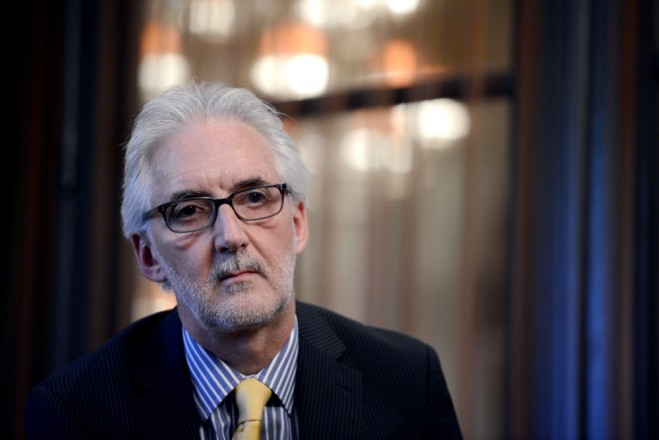 Brian Cookson Warns All Sports Have a "Doping" Problem

Knowing the extent to which "doping" has proliferated the sport of cycling, UCI president Brian Cookson says "any sport believing it doesn’t have similar problems with banned drugs is in denial".

Cookson took over as head of cycling’s governing body a few months back, after a hard fought campaign to dethroned former UCI president Pat McQuaid, on the platform of reform and vowing to fight against "doping" in the sport.

In an interview this week, Cookson said sports that had not exposed such endemic use of performance enhancing drugs – have simply not tried hard enough.

"The kind of trouble that we’re going through now, other sports are going to have to go through. They might not think it, but they are."

"I’ll say this – to me there’s two categories of sports: there’s sports that have a doping problem and are trying to do something about it. And I’d say that we, in cycling, are the leaders amongst that.

Speaking since the UCI has taken significant steps to mend its relationship with the World Anti-Doping Agency, Cookson admitted cycling’s new hierarchy was braced for things to get worse before they got better.

Under Cookson’s leadership, the UCI has committed $3.7million to a new independent reform commission. A prime purpose of the commission is to establish a controlled process for elite cyclists to confess to doping.

The commission will also investigate claims made by Lance Armstrong, and others, that the UCI, under previous leadership, was complicit in covering up cheating.

"The ramifications are potentially quite serious for the people involved at the time if they’re proven to be true.".

Though the terms are still being settled, cyclists will be encouraged to tell all to the independent commission with the promise of more lenient penalties for full disclosure.

Cookson said he hoped Australian Stuart O’Grady, who admitted last year that he had experimented with banned blood booster erythropoietin in 1998, would disclose everything he knows about doping.

"I acknowledge what he’s done and I understand the difficulties that he’s in." "But I’ll encourage him to come forward and speak to the commission and tell everything that he knows about everything, including his own career."

Cookson said he hoped Armstrong would do the same.

"I think he’s come forward and tell everything he knows."

Asked to reflect on the demise of Armstrong generally, Cookson said:

"That reputational damage, I think that’s probably what is eating at Lance Armstrong now as much as the fact he apparently wants to compete in masters level triathlon.

"I think he’s probably sitting at home pretty bruised and thinking, ‘Well, you know, I was a hero and now I’m not’. That’s the lesson I think the world should learn from Lance Armstrong."