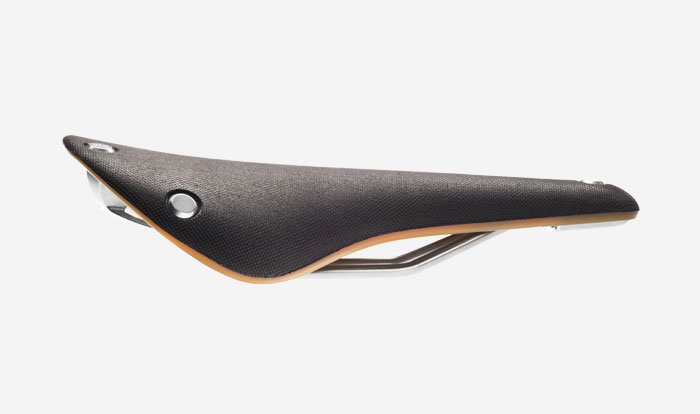 Brooks announced the release of their first ever "racing" saddle called the – Cambium C15.

In fact, the artisan saddle maker is so confident that the new C15 will be a success, they’ve decided to give away the first 100 numbered editions for free.

The C15, the first racing model of the CAMBIUM, is now in pre-production. The C15 will be initially sold as a limited edition of 1,000 pieces with a slate organic cotton and natural rubber top. The slate color version, already available on the C17, will this year only be offered on the C15 Limited Edition.

We are confident that the C15 is one of the best saddles we have ever made, so instead of giving out 100 for testing, as we did with the Cambium C17, we will be giving away the first 100 numbered editions free of charge. We do however look forward to collecting feedback from each of the lucky winners.

The release of the C15 Limited Edition is planned for 15 June 2014. The standard versions will be in stores in October. To keep informed: please register to receive our newsletter below.