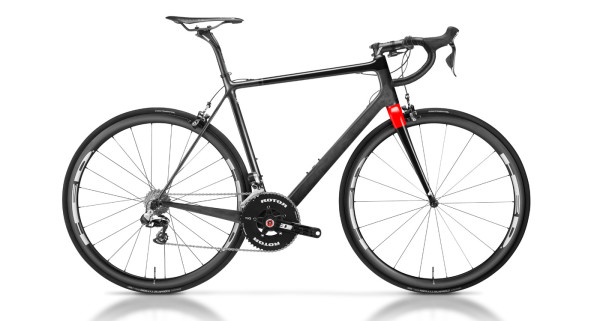 Well, the wonder ended this week, when Cervelo unveiled its latest iteration of the ultra high-end frameset during this week’s EuroBike Show.

Still called the RCA, the latest version receives a slight boost in weight, due to a few structural improvements. For example, the new RCA now has a 1 1/8″ – 1 3/8″ headset, Cervelo’s future-proof internal cable routing, as well as reinforced tubing and additional carbon lay-up throughout keys areas of the frame in order to further increase strength and reliability.

A portend for the UCI’s inevitable dropping of the 15lbs weight requirement perhaps ?

In addition, Cervelo also revamped the RCA’s fork as well. However, unlike the frame, it received a slight reduction in weight. Cervelo claims that the fork now weighs 277g – a 35g loss over the previous model. According to Cervelo, this was accomplished by addition of ultra high modulus carbon fiber – throughout the revised fork, to include the steerer.

The new RCA is still sold as a frameset only, and comes with the same whopping price tag of $10,000. However, unlike the first RCA, which was available in very limited numbers, Cervelo claims that they can now turn out frames on a continuous basis, if the demand is there. But, can one "go biggie’ or "super-size", I wonder ?