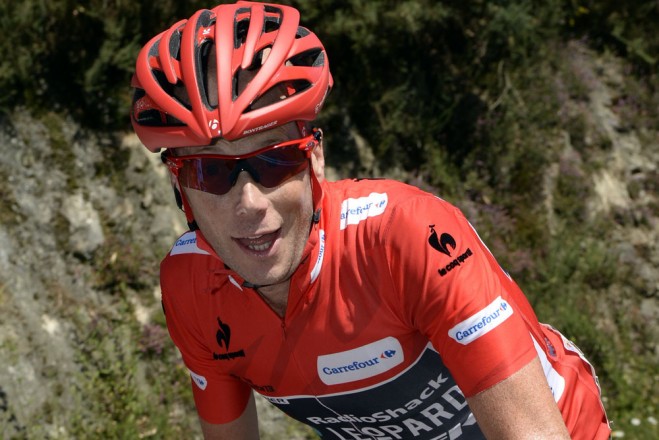 After languishing for months without a team contract, Chris Honer has finally struck a deal with the Lampre-Merida team.

According to Gazzetta dello Sport’s twitter feed today, the 2013 Vuelta a Espana winner has secured a one year contract with the Italian team, and is set to ride in the 2014 Giro d’Italia and defend his Vuelta title.

After  winning last year’s Spanish grand tour,  Honer struggled to find a team after refusing an offer from the Trek Factory Racing Team. However, after adopting Baden Cooke as his new agent last month, Cooke quickly made established negotiations with Lampre-Merida’s team manager Brent Copeland, and subsequently worked out a deal for Honer.

When Horner won the Vuelta, he became the oldest rider to claim a Grand Tour victory – at 41 years old. After celebrating his 42nd birthday in October, Horner is now one of the oldest riders in the peloton – a factor which may have been a stumbling block in finding a new contract along with an expectation of higher earnings.