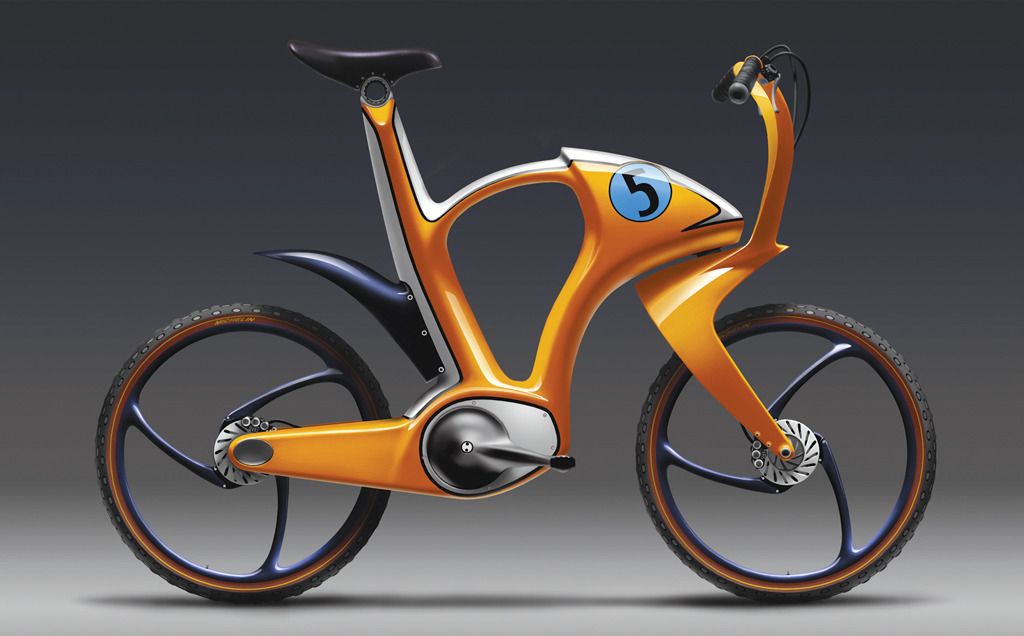 These concept bikes by conceptual artist Scott Robertson, are by far some of the most amazing designs that I have discovered to date.

Bio
Scott Robertson was born in Oregon and grew up in the country. When he was a child, his artist father, Richard, taught him how to draw and design the toys in his imagination. Fascinated by speed, he and his father designed and built soapbox derby cars. At the age of 14, Scott finished sixth in the world at the annual All-American Soap Box Derby race in Akron, Ohio. In 1984 he attended Oregon State University, where he studied a variety of subjects and rowed on the crew team as a bowman.

After two and a half years at Oregon State, Scott transferred to Art Center College of Design in Pasadena, California where his father had studied illustration. After many all-nighters and skin-thickening critiques, he graduated in 1990 with honors and a B.S. in Transportation Design. He immediately opened a consulting firm in San Francisco, where he designed a variety of consumer products, the majority being durable medical goods and sporting goods. In 1995, he began teaching at Art Center, first with a year-and-a-half stint at Art Center Europe in Vevey, Switzerland (now closed), and then in Pasadena, California.

In 2002, Scott founded Design Studio Press, a publishing company dedicated to art and design education. DSP’s first book, Concept Design 1, released in 2003 and now out of print, is a collection of original artwork by seven of the top concept artists working in Hollywood. All seven artists reunited forConcept Design 2, published in 2006, this time including the work of fourteen guest designers as well. In 2004 Scott art-directed 240 illustrations for Mattel’s Hot Wheels AcceleRacers collectible card game and authored How to Draw Cars the Hot Wheels Way for Motor Books Inc.

Furthering the mission of design, drawing, and rendering education, Design Studio Press has teamed with The Gnomon Workshop to create a library of ‘how to’ DVDs. Scott has instructed on nine DVDs, focusing on drawing and rendering techniques for industrial and entertainment designers. He has co-produced an additional 41 DVDs with various top artists, designers, and instructors, including renowned designer Syd Mead.

In addition to working as a design consultant for the entertainment, sporting goods, and transportation industries, Scott continues to teach at Art Center College of Design.