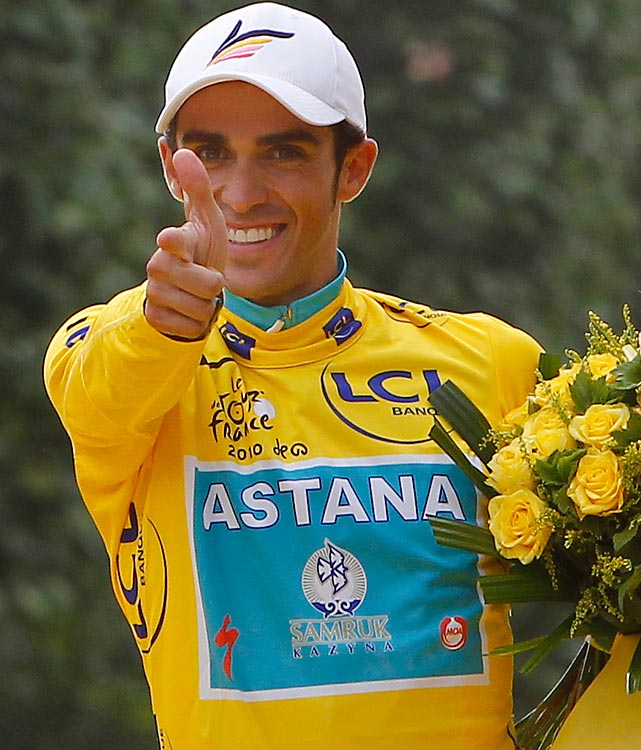 Albert Contador has confirmed that its unlikely he’ll be tackling a Grand Tour triple in 2015. Rather, the Spanish rider says he’ll instead be focussing his efforts on winning a Giro d’Italia – Tour de France double for next year.

Nibali was the first to rule out any such attempt, while Froome openly questioned his participation in next year’s Tour de France. Now, Contador also seems unwilling to take up Tinkov’s challenge.

“On paper, the plan I have, is to do the Giro and the Tour and I think that’s a tough enough challenge,” Contador told the Spanish media.

“I know that at some point this (doing the Giro-Tour double) could possibly undermine my options in the Tour, but (the Giro) is a race that inspires me and which I like a lot.”