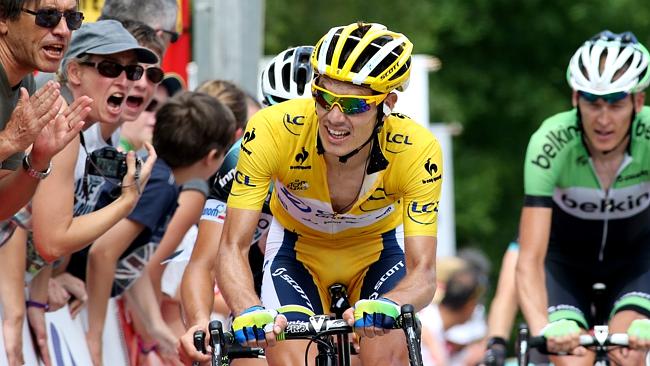 Orica GreenEdge’s Daryl Impey tested positive for the banned Probenecid, and has been subsequently removed from the team’s roster this this morning.

"Impey has returned an adverse analytical finding and has been notified by The South African Institute for a Drug-Free sport that he delivered a positive A and B sample for the substance Probenecid after the South African Championships on February 6, 2014."

"The team would like to underline that it respects Daryl Impey’s right to prove his full innocence and will not comment any further until the process has run its due course and final conclusion has been made," the Orica GreenEdge statement said.

"As per the team’s code of conduct, Daryl Impey will not feature on the team’s roster until the case has been closed and he is fully eligible to ride."

Impey released a statement on his personal website confirming that he had tested positive for the banned substance but adding that he would fight to clear his name.

"Further to the announcement of the Tour de France team and in the interests of full disclosure, I confirm that on 23 June 2014, I was notified by William Newman, the President of Cycling South Africa, about an adverse analytical finding for Probenecid following an in-competition test at the national time trial championships on 6 February 2014," Impey said.

"I had no knowledge of Probenecid nor have I ever taken the substance knowingly in any manner. I am committed to drug-free sport and fully intend to take all steps necessary to clear myself of any suspicion.

"The notification came as a complete shock to me just days before the start of the Tour de France, particularly since anti-doping tests conducted on me on 8 and 9 February 2014 yielded no adverse results.

"I immediately flew back to South Africa and was present at the analysis of my B sample on 27 June 2014, the results of which confirmed the initial analysis.

"I am extremely distressed by the finding, as I have always raced clean throughout my career. Every result that I have achieved to date has been as a result of hard work and dedication on my part.

"I notified my team immediately after being informed by Cycling South Africa of the adverse finding. I would like to thank them, my family and friends for their support during this difficult time. I remain confident that I will be vindicated and proved innocent of any wrongdoing."

As fans may recall, Impey became the first ever rider from Africa to wear the yellow jersey in last year’s Tour de France, yet he was not chosen by Orica GreenEdge to ride in this year’s race.