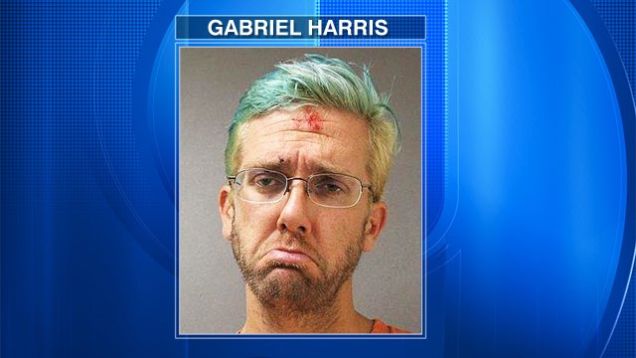 Police say, Gabriel  Harris of New Smyrna Beach, Fla, drunkenly rode his bicycle into the drive-thru as Taco Bell was closing, and tried to put in an order. He refused to leave until he was served, so employees called the "heat".

When they arrived, Harris was still sitting on his bike near the speaker.

Officers claim he had a Swiss Army knife on his belt loop and grabbed the cop who tried to take it away from him. They wrestled him to the ground—which might explain the bloodied forehead in his mugshot—and charged him with resisting arrest.

​So much for a late night burrito for this guy.