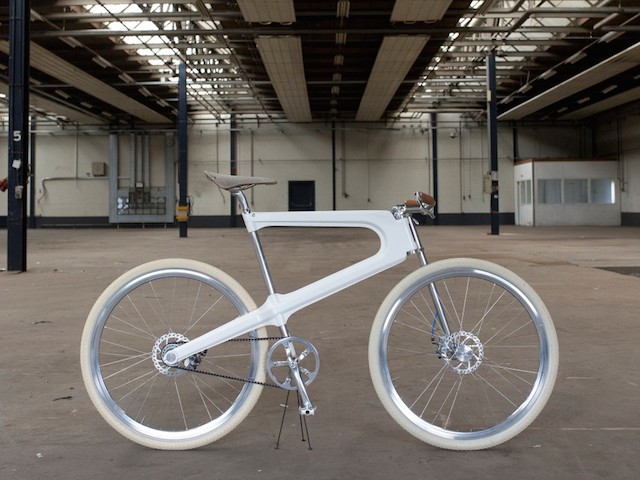 No this isn’t a bike that’s made from banned, performance enhancing substances, or a further attempt to heap calumny on the whole Lance Armstrong saga.

Rather, the EPO name refers to a unique "urban" bicycle that was developed by Dutch designer Bob Schiller, as part of his doctoral thesis at the Design Academy in Eindhoven.

Made in the Netherlands

Every single person in the Netherlands cycles; even our prime minister uses his bike to get to work. Cycling is part of our culture and it has been for centuries. However, an affordable, contemporary Dutch bicycle disappeared from our streets.

A bicycle is a labour intensive product. For this reason, almost all bicycle manufactures moved  their production to China or Taiwan. Epo revives the local industry and brings production back to the Netherlands.

Inspired by the way cars are produced, the Epo bicycle is made out of two sheets of aluminium, pressed into form and spot welded together.

This results in a strong and light frame. Most importantly, its production is efficient and drastically lowers labour costs; making production in the Netherlands possible.

Epo is the Design Academy graduation project of Bob Schiller And is still in development. The goal is to start the production next year.