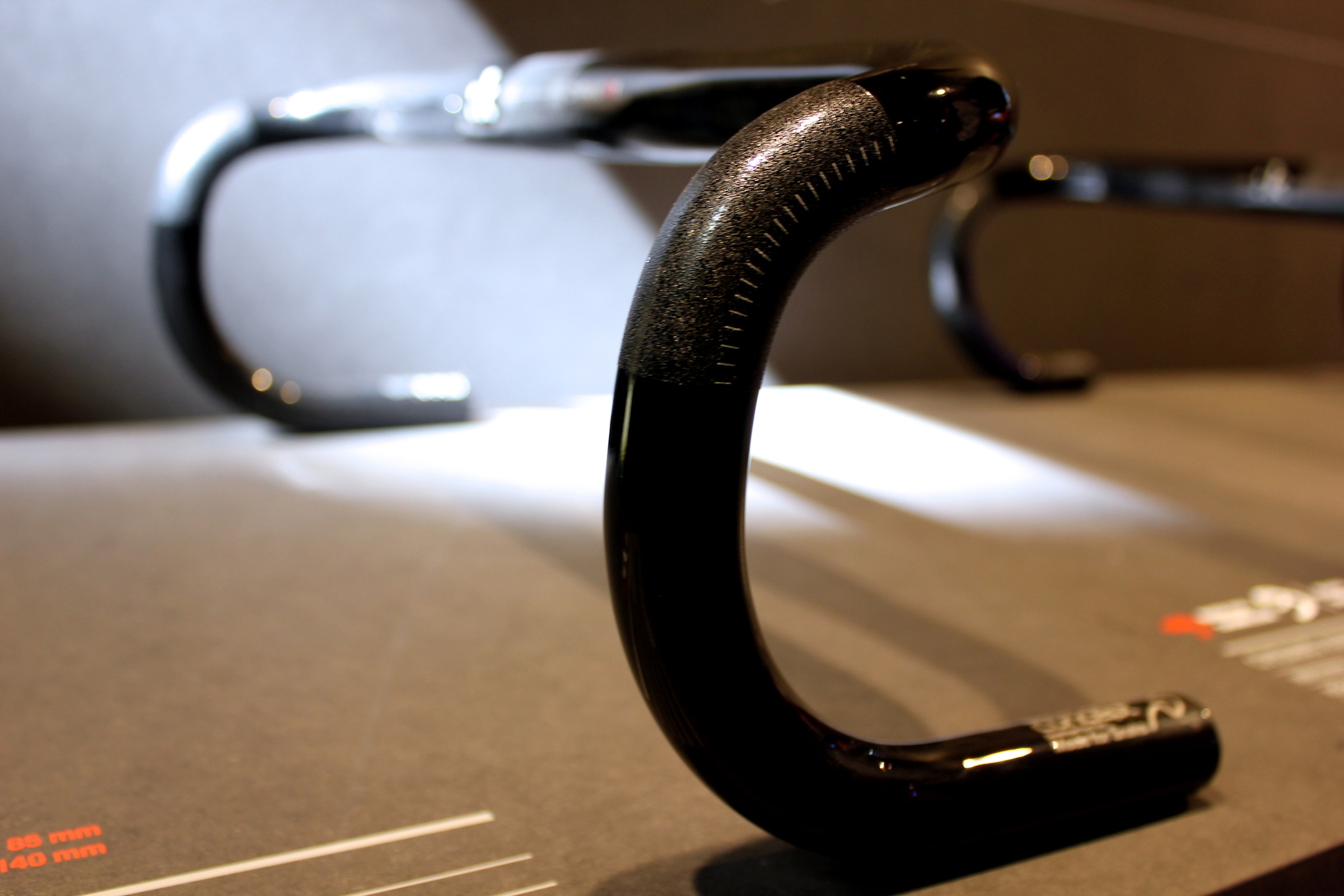 After much anticipation, Fizik announced the availability of it’s new Cyrano handlebar series and R3 stem.

The combo was first scene in use by the AG2R team at this year’s Paris-Roubaix, and then officially at this summer’s EuroBike and InterBike Shows.

Similar to their range of saddles, Fizik categorizes the Cyrano bars in terms of  flexibility – i.e. a huge choice of widths, drops, reach and shapes, as well as a choice of material – carbon or aluminum.

Although the R3 stem is available in aluminum only (at least for now), it’s offered in a variety of lengths (70mm to 130mm) and a couple of different rises (7 or 20 degrees) to accommodate just about any rider.