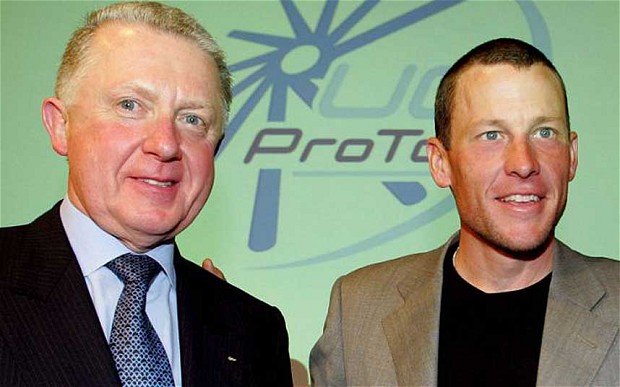 In a open letter published by Italian website Tuttobiciweb.it on Sunday, former UCI president Hein Verbruggen said goodbye to the sport of cycling that he presided over for more than a decade.

“I wrote to our president Pat McQuaid on June 1 last year to inform him of my decision to distance myself from the world of sports, including cycling. After 38 years of dedication to the sport, now I want to enjoy retirement. The president took note and decided to respect my decision,” wrote Verbruggen, an influential member of the International Olympic Committee. “First, I want to make it clear that I have never acted inappropriately and that my conscience is absolutely clean. With the benefit of hindsight, however, I admit that I could have done some things differently, but I do not accept that my integrity is in doubt, as has happened in recent months.”

Verbruggen referenced to six achievements during his tenure as UCI President from 1991-2005, including a total reduction of the organization’s debt, an increase in staff from 5 to 75 members and the construction of the World Cycling Centre in Aigle, Switzerland.

In addition, Verbruggen was defiant in the statement, attacking journalists who questioned his leadership during the sport’s EPO era, including his relationship with Lance Armstrong.

“I repeat: I have never acted inappropriately and I have a clear conscience. No facts, no evidence contradict this truth. I refuse to engage in a silly debate and stoop to the level of those who criticize me and believe that I have to prove my innocence: in fact they are the ones who can not prove that I have done something wrong,” he wrote. “I am exasperated and tired of this endless chain of journalists who delight to fuel conspiracy theories, disguising themselves as ‘investigative journalists’to sell their latest book or inflate their egos or their careers.”