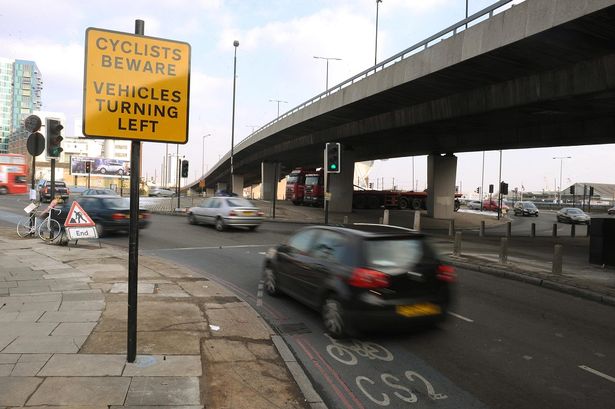 According to the British media, a cyclist was killed in a crash with a truck in London’s east side today. Today’s death marks the fourth person to die in a bicycle-vehicle related accident in the city in the last eight days.

The accident occurred at around 08:45 GMT at Bow Roundabout, where the in women in her mid-20’s was pronounced dead at the scene.

There have been 12 cyclist deaths in London so far this year.

The London Cycling Campaign (LCC) plans to hold a protest at the roundabout later, while the capital’s mayor said the death was "a tragedy".

In a separate accident on Wednesday morning, a male cyclist suffered life-threatening injuries in a crash with a lorry in Millbank, police said.

The collision took place at tat approximately 09:00 GMT at the junction of Thorney Street.

London Air Ambulance attended the scene and flew a man, thought to be in his 30s, to King’s College Major Trauma Centre to be treated for abdominal, chest and pelvic injuries.

On Friday, architectural expert Francis Golding died after a crash involving a coach in Holborn.

On Tuesday, a cyclist in his 40s died after a crash with a bus in Croydon, south London.

And on Tuesday of last week a cyclist died after a collision with a tipper lorry on Mile End Road in east London on the cycle superhighway, CS2.

The woman who died earlier is the third cyclist killed at Bow Roundabout in two years. The crash happened about about 10m away from some flowers left for another cyclist who died.

Brian Dorling, 58, and Svitlana Tereschenko, 34, were killed in separate crashes on the painted blue Cycle Superhighway 2 (CS2) at Bow Roundabout in November 2011.

It is thought the latest cyclist to be killed had been cycling on the CS2, although the crash happened just off the cycle superhighway.

The cyclist was travelling in the same direction as a lorry being driven west along the A11, entering the roundabout to turn south towards the Blackwall Tunnel, police said.

The male driver of the lorry stopped at the scene and no arrests have been made.

LCC’s Ashok Sinha said: "We, like many Londoners, are shocked and angered at what has been the fourth cycling death in just eight days, and we’re calling on the mayor Boris Johnson to take immediate action to prevent further avoidable deaths – first, by putting in place a safe design for Bow roundabout.

"It’s unbelievable that we are, again, two years after that death, calling on mayor Boris Johnson to install cycling and pedestrian-safe traffic lights at Bow roundabout to prevent more Londoners being killed."

Labour London Assembly member John Biggs said: "The mayor must stop calling CS2 a Cycle Superhighway and encouraging cyclists to use it unless he urgently implements safety measures."

Green Party London Assembly member Darren Johnson said: "The mayor’s failure to make roads safer for cycling in the last six years is the reason we are having so many tragedies now."

London Mayor Boris Johnson said: "In the past decade, the number of cyclists in the capital has almost trebled and it is absolutely vital that we continue to invest huge sums of money into improving cycling infrastructure and making it as safe as possible.

"I’ve committed almost £1bn to doing just that, with major improvements being made to junctions and superhighways across London and plans to ensure HGVs not fitted with safety equipment will face charges."

Twelve cyclists have died on London’s roads so far this year, compared with 14 in 2012, according to Transport for London (TfL).

Police are appealing for witnesses to Wednesday’s collisions.