Get Britain Cycling: The Full Report and Petition 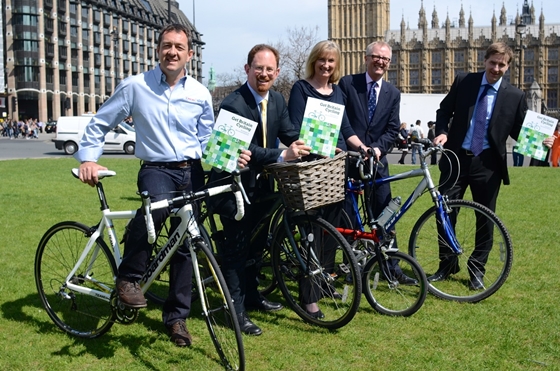 Times journalist Kaya Burgess has launched a petition on the Government’s ePetitions website in which he urges it to adopt the recommendations of the Get Britain Cycling report, published today.

Promote cycling by implementing the recommendations in the ‘Get Britain Cycling’ report.

We the undersigned call on the Prime Minister to pledge that the Government will implement the recommendations in the ‘Get Britain Cycling’ parliamentary report.

The inquiry, chaired by a cross-party panel of MPs and peers, heard that promoting cycling as a healthy and affordable way to travel can tackle Britain’s obesity crisis, save millions from NHS budgets, boost the economy and reduce congestion on our roads and trains.

This will require cross-departmental consensus led from the Cabinet Office and Downing Street, not just from the Department for Transport.

In the Commons on February 22, 2012, the Prime Minister said of The Times’s ‘Cities Fit for Cycling’ campaign: “If we want to encourage the growth in cycling we’ve seen in recent years, we need to get behind campaigns like this.”

Now is the time to act on those words.