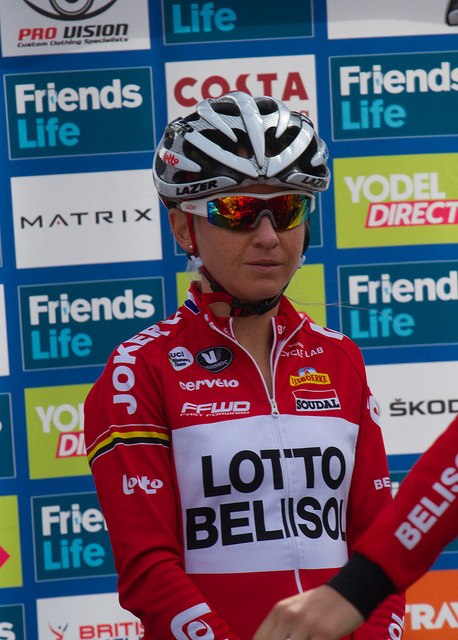 Emma Pooley won stage 6 of this year’s Giro Rosa today, after a successful late attack on the final climb of the day, the Salita die Carbonai, that gave the British rider an enough of a gap to hold off her rivals during the long descent to San Fior – to claim a solo victory.

Meanwhile, Marianne Vos retained her hold on the overall race lead, with a 45 second advantage over her teammate – Pauline Ferrand-Prévot.

“I am really quite emotional,” Pooley told the media. “It was such an incredibly hard day. I feel so happy. It was a really good day.”

“I didn’t expect them to chase me down so hard. I am no threat in the GC.”  “But the gap went down from two minutes to a few seconds. I really thought I wouldn’t make it. When you see the finish picture they really came close. This is all very emotional.”