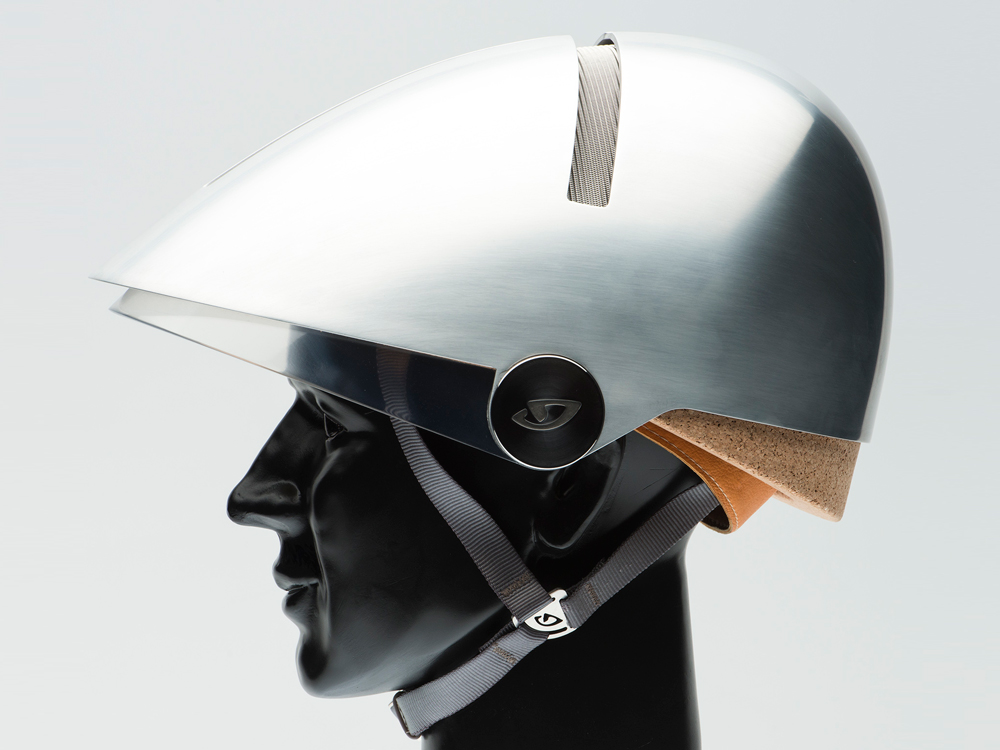 Holy Fritz Lang ! Or should I say Hunger Games ?

That’s what happens when French designer Philippe Starck and renown bicycle helmet manufacturer, Giro, get together to create a futuristic bike helmet.

Inspired by the urban bike culture, and the steady uptick in development of electric bikes throughout Europe, Giro and Starck collaborated on the helmet as part of the French designer’s high end S+Arckbike project.

The far-out helmet features a blend of materials that are as unique as it’s appearance. Indeed, the Giro/Starck helmet has an aluminum outer shell and cork lining that provides the protection part of it, along with a full-face visor to combat flying debris and insects.

The helmet is not only purpose built, but it checks the box in terms of sustainability as well. The cork lining comes from trees that are sustainably harvested in Portugal, as well as a shell that’s highly recyclable also.

Starck prefers to describe the helmet within the same context he refers to electric bikes. Namely, that they should be called Electric-Assist Pedal Cycles or EAPC), instead of simply ebikes. This in turn requires a helmet of equal sophistication, that’s capable of handling the duties, of say a motorcycle, rather than just that of a bike. To wit:

"The EAPC helmet requires ergonomics that resemble more and more those of the motorcycle. A 45km/h EAPC approved helmet requires a full visor to protect from the cold but also from various projectiles."

“The increasing power of man and machine create new needs and new ergonomics that I have decided to take on with Giro, the most innovative player in this industry".

Let’s see the professor on Gilligan’s Island try this with some bamboo and a few coconut shells.