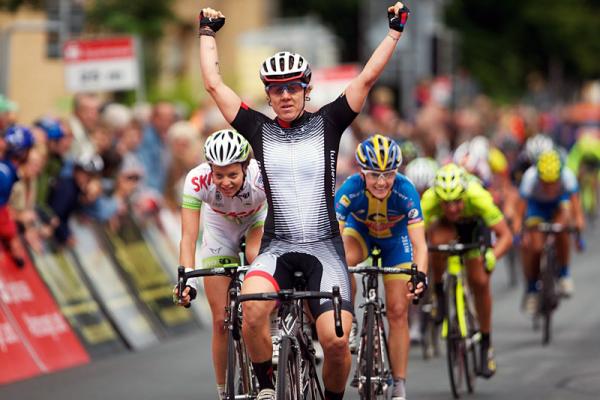 Ina-Yoko Teutenberg announced her retirement from professional cycling after decades of racing today.

One of the most successful and respected female riders in the world, Teutenberg won over 200 races in her career. Her victories include World Cups, National Championships with the highlights being Ronde Van Vlaanderen in 2009, the Liberty Classic four times and more recently the World TTT title in 2012. She announced her retirement after sitting out most of 2013 due to a bad crash early in the season.

“It’s not the way i wanted to retire from the sport,” said Teutenberg. “I have considered the option of racing one more season in 2014 just to be able to finish my career racing rather than due to injury, but i’ve decided it’s time now and I’m looking forward to life after racing and finding a new career.”

In addition to her victories as a professional, Teutenberg won the bronze medal in the road race at the 2011 world championships and took gold with her Specialized teammates in the 2012 team time trial championship.

Get out your German language book for this video  😉