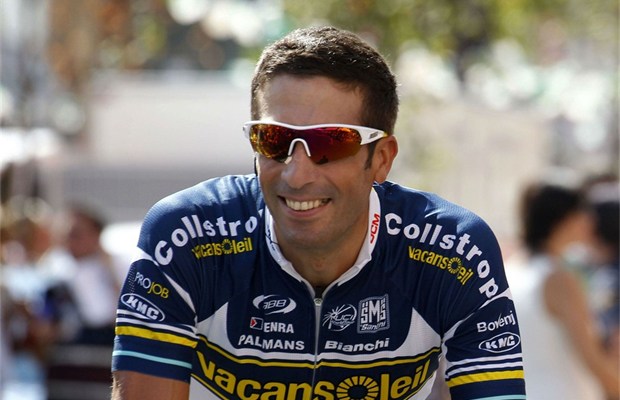 Juan Antonio Flecha, the Spaniard who finished in the top 10 at Paris-Roubaix on no fewer than eight occasions, announced his retirement at the end of the season.

The 35-year-old Argentinian-born rider was set to become a free agent due to the folding of his Vacansoleil-DCM team and after offers elsewhere failed to materialize, he decided to call time on a 12-year professional career.

He will race for the final time at the Tour of Beijing from October 11-15.

Flecha told the Spanish newspaper El Pais: "I cannot wait to finish that race in mid-October and go to Maui, Hawaii, with an open date on the return ticket

"I finished 13th," said Flecha. "I didn’t know my group was sprinting for a top 10 place, but 13th in the year 2013 is not bad in my last year as a professional cyclist, in my last monument.

"I say goodbye to cycling forever at the Tour of Beijing," he continued. "I cannot wait to finish that race in mid-October and go to Maui, Hawaii, with an open date on the return ticket.

"I’ll swap the asphalt for the foam of the waves, the bike for the surfboard, and walk barefoot all day, and be free."

Flecha’s biggest career win was on stage 12 of the 2003 Tour de France in Toulouse, but it was in the spring the Classics where he flourished and built a reputation as one of the most aggressive riders in the peloton.

He finished on the podium at Paris-Roubaix three times, claimed one podium apiece at the Tour of Flanders and Gent-Wevelgem, and won Omloop Het Nieuwsblad in 2010.