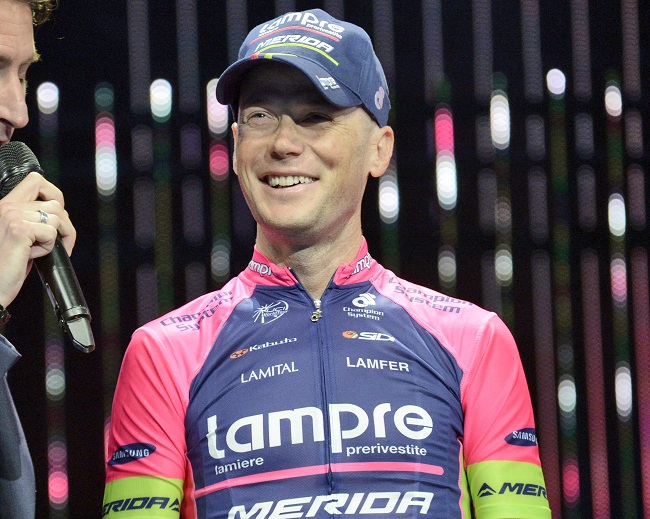 Lampre-Merida announced on its web-site yesterday, their decision to end relations with American Chris Honer, and not to renew his contract for 2015.

Honer joined Lampre last January, after a stunning victory in the 2013 Vuelta a Espana. However, since joining the Italian cycling team, he’s been beset by injury(s).

In April, Honer suffered broken ribs and a punctured lung after being struck by a car while on a training ride. Yet, despite recovering sufficiently to compete in the Tour de France, he was only able to muster 17th place in the overall standings.

In addition, his chance at a second Vuelta title was snuffed-out when Lampre-Merida withdrew him from the roster just prior to the race.

Prior to the start of the Spanish Grand Tour, Honer had been receiving treatment for a bronchial infection, in which case the medication put him at odds with the stipulations imposed by the Movement for Credible Cycling (MPCC).

At the end of the season, Team LAMPRE-MERIDA sends there best wishes and gratefulness to the American cyclist Chris Horner for year he spent in the team.

In 2014 Horner had to face many unfortunate incidents, the most unfortunate being the terrible crash during training before the Giro d’Italia: for LAMPRE-MERIDA seeing Chris coming back to races and taking part in Tour de France after this serious injury was a huge success, however even after his hard work and due to these situations Chris was not fortunate enough to demonstrate his true potential, LAMPRE-MERIDA would like to show there appreciation to Horner for his proactive attitude, his passion for cycling, sacrifices and efforts he made for the team during the 2014 season: Chris has been a true professional in all senses, especially with his experience which the young riders exploited.

Team LAMPRE-MERIDA wish Chris all the best for his future: it would have been great for the team and Chris to have crossed paths earlier on in his career in order to have had a longer relationship.