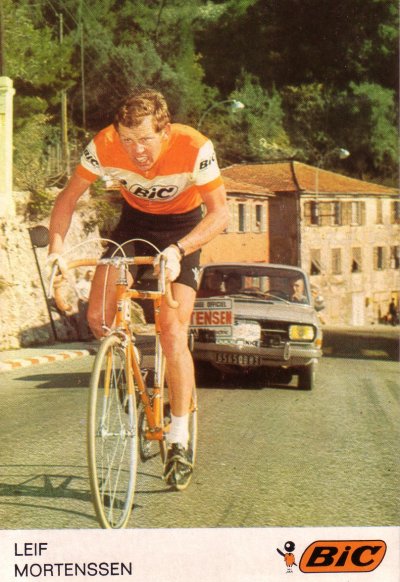 Happy birthday to Leif Mortensen who was born on this day in 1947.

The Danish rider is best remembered for finishing second the 1970 World Championships Road Race behind Jean-Pierre Monsere of Belgium.

In addition, Mortensen won a Bronze Medal in the men’s road race in the 1968 Olympic Games in Mexico. He also won the GP Aix-en-Provence and the overall victory in the Tour of Belgium – both in 1973.