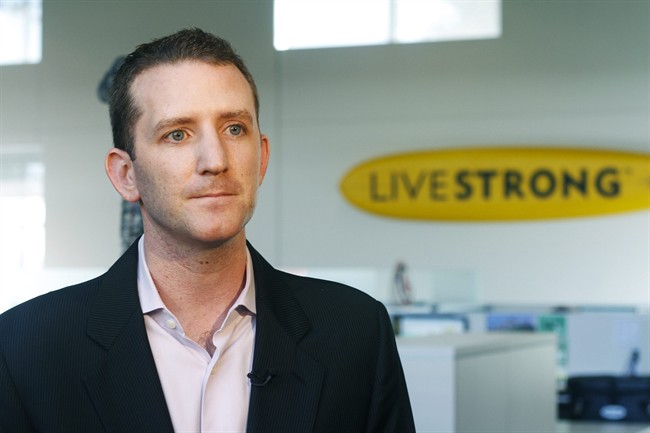 The CEO of Livestrong is leaving the global cancer charity after 14 years, a period in which the small local charity grew into a $500 million global brand before it was met by  controversy, after it’s founder, Lance Armstrong, publicly admitted to using  performance-enhancing drugs during his cycling career – after years of adamantly denying it.

Doug Ulman helped Livestrong ride Armstrong’s sports career and celebrity into rapid and worldwide expansion. He also had to guide it through the two-year fallout of Armstrong’s cheating revelations that prompted corporate sponsors and private donors to flee.

Ulman told the media on Monday that he will leave Livestrong in January to become president and chief executive officer of Pelotonia, a Columbus, Ohio, charity bike ride that has raised more than $61 million for cancer research in its first five years.

Ulman and Livestrong board chairman Jeff Garvey said Ulman leaves on good terms despite Livestrong’s recent struggles. Livestrong’s 2013 financial reports showed a 34 per cent slump in donations and a 38 per cent dive in total revenue after commercial sponsorships were cancelled or not renewed.

"The reaction of the board was they were sad Doug was going to leave," Garvey said. "He has taken the foundation to a real position of strength. … Doug will wear the Livestrong banner forever."

Armstrong founded the charity in 1997 and it grew on his star power as the swaggering cancer survivor who dominated one of the world’s toughest sporting events. The charity sold more than 80 million yellow Livestrong wristbands around the globe.

But Armstrong’s feel-good story was blown apart in October 2012 when the U.S. Anti-Doping Agency exposed his cheating. In a January 2013 televised interview with Oprah Winfrey, Armstrong confessed to doping throughout his career. He was stripped of his Tour de France titles and banned from Olympic competition.

Armstrong’s revelation led big corporate sponsors and partners such as Nike and Dick’s Sporting Goods to flee Livestrong by either cancelling contracts or not renewing them.

Armstrong was removed from the charity’s board of directors in late 2012, and he no longer has any formal association with the charity, which changes its name from the Lance Armstrong Foundation.

Sitting in the restaurant of the same downtown Austin hotel where Armstrong confessed to Winfrey, Ulman called the fallout of the past two years "the most stressful period of my life, by a landslide, and my family’s life." Still, Ulman said he’s "so proud at what we’ve accomplished (at Livestrong)."

Garvey and Ulman said Livestrong remains on solid financial ground, noting its $100 million in assets and an endowment of more than $30 million. Last month, Livestrong agreed to give $50 million over 10 years to the University of Texas’ new medical school for a program emphasizing "patient-centred" cancer care. Garvey praised Ulman’s role in establishing a partnership he said is critical for the charity’s future.

"We wanted a leader who was a builder and had clear and strategic thinking, to build a brand and raise even more money for cancer research," Dan Rosenthal, chairman of the board at Pelotonia, said.