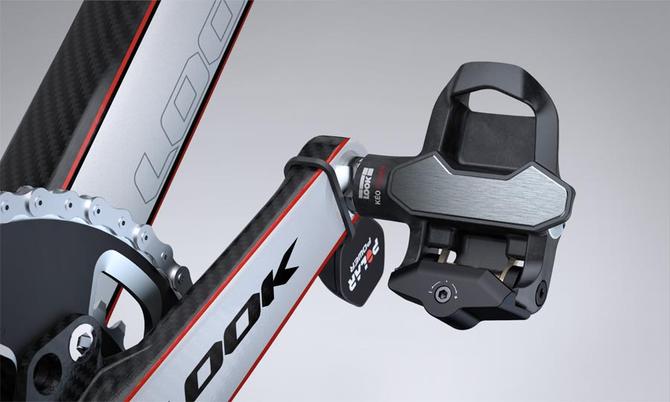 Look and Polar have updated their power meter pedal system, to incorporate Bluetooth smart phone connectivity, along with a lower price.

It’s a rarity to see a product not only get updated, but also see an improved price point as well.

Look’s Kéo Power Bluetooth Smart gets redesigned Polar Bluetooth Smart transmitters – that can transmit data to a rider’s smart phone using Bluetotth technology, while still retaining all of the keys features that make it a popular choice amongst "roadies" – like power output, the ability and to distinguish between left and right pedaling output, cadence and efficiency.

These metrics equate into what Look and Polar call ‘force vector’, which helps riders improve their technique by showing them how you apply force against the pedal.

The counterpart to the Kéo Power Bluetooth  Smart, is the Essential Bluetooth Smart, which gives riders all of the features of its big brother, but without the delineation of left and right power output – just overall data for both.

While Polar says the power pedal system works best it’s V650 and V800 computers, they’re also compatible with other devices that use Bluetooth Smart technology, which can detect power output in real time as well. However, the pedal system is still not compatible with ANT+ – so that means no Garmin devices at this point.

At around $1500, the price of the "Essential" comes in at almost half the cost of the "Power".