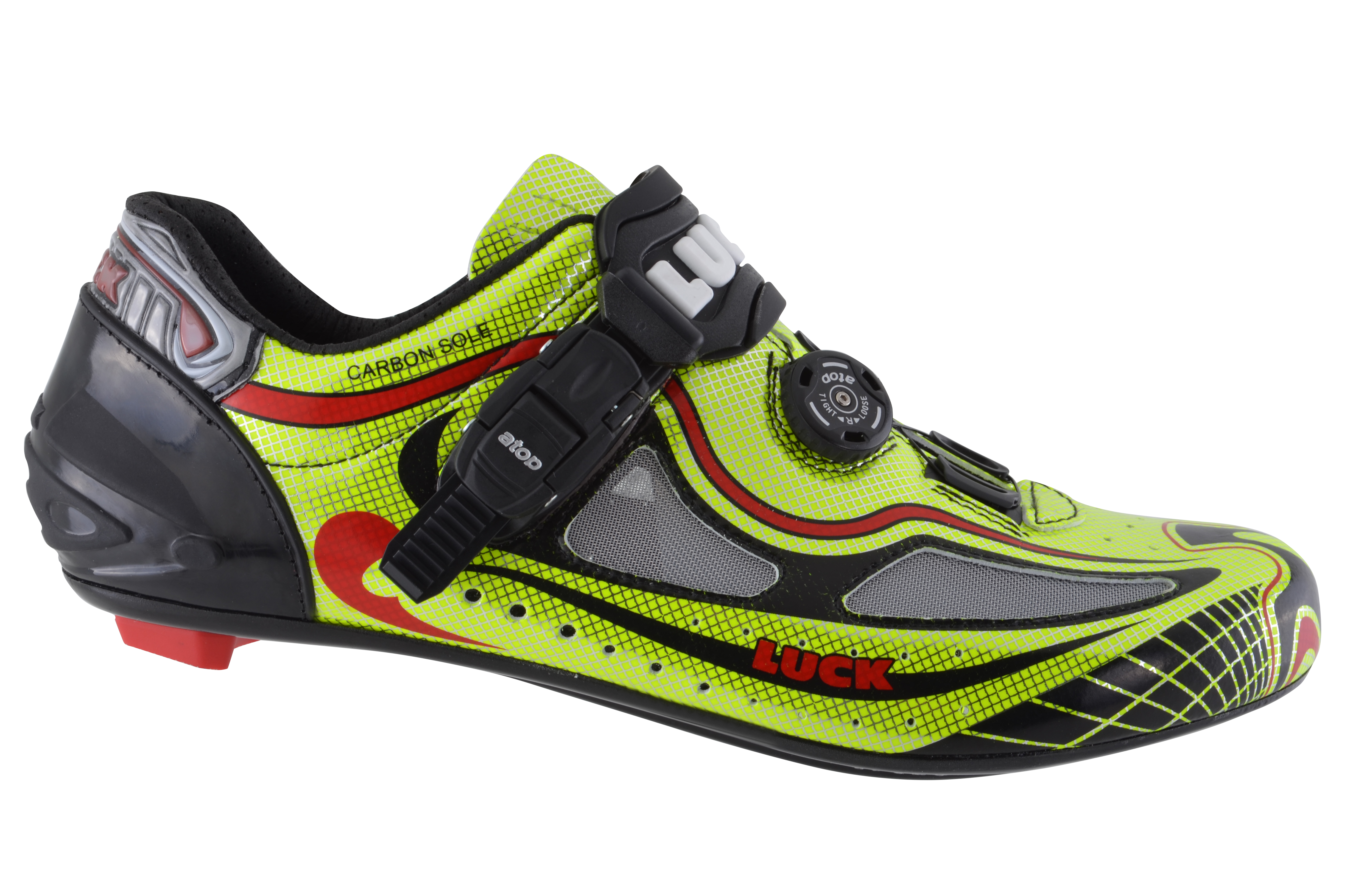 While the battle for who has the best crank or pedal based power meter continues to wage on, one company has decided to incorporate said technology into its shoe design.

The Spanish brand, Luck, has apparently figured out a way to insert sensors in the construction of their road shoes, which can collect power and cadence data from each leg, and subsequently transfer that information via Bluetooth to either an Android or iPhone.

According to Luck, the sensors can be removed from one set of shoes and inserted into another pair. In addition, they claim that the added weight is virtually undetectable by the rider.

While the details about Luck’s design are still forthcoming, prototype models were seen at this year’s EuroBike show. And, the company says that it will have product available by December of this year.

Where were these guys when Maxwell Smart needed them ?