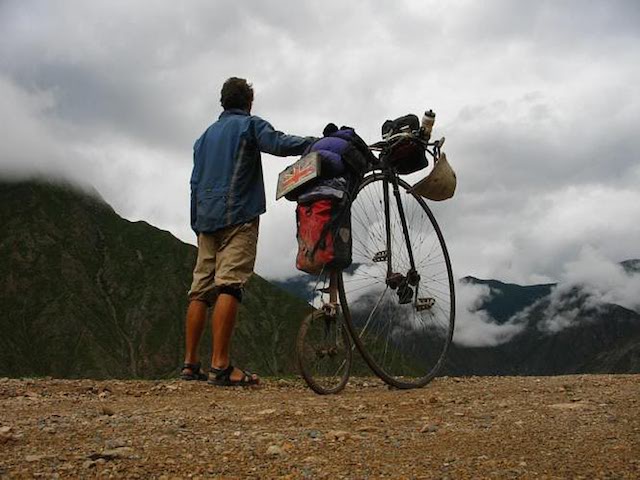 We’ve seen cyclists of every domination, riding bikes and contraptions of every sort, tackle some of the most demanding routes and passages the world over. There was even the story about a young man who rode his vintage Raleigh "chopper" up the venerable Mount Ventoux – to the amazement of others.

However, this is the first time that we’ve heard about someone riding a "penny farthing" long distance (or any significant distance for that matter).

He’s now starting a new adventure, by heading off around the world again, but this time heading westward.