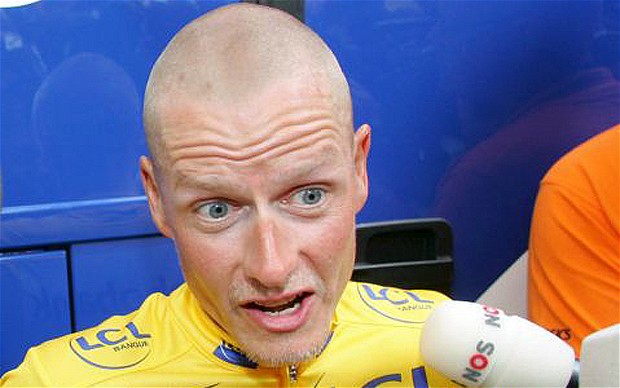 Suffice to say, that the fallout from Michael Rasmussen’s "tell all" auto-biography, along with his subsequent media interviews, has made for a roller coaster of accusations and backlash over the last several days. Now the Danish rider is demurring on his previous allegations – that former teammates Oscar Freire and Juan-Antonia Flecha "doped".

Rasmussen originally implied that both riders had used EPO, but after Freire threatened legal action today, the Dane has carefully re-worded his statement.

"There was organized doping, but it did not include all the riders," he toldEFE. "Not once in my life did I see Oscar Freire doping. Flecha as well, he also didn’t know anything."

Rasmussen aired many of his allegations on Danish radio broadcast, DR, last evening. In addition, he participated in an online chat via dr.dk, wherein the question was raised as to what percentage of riders for Team Rabbobank "doped" during the 2007 Tour.

"Within the Rabobank team: 100% . Not everyone took the same products, but all riders were on some form of doping provided by the team. I would not want to guess at, the proportion of the total field that was doped," Rasmussen answered.

One of the riders who has been cast under suspicion is Pieter Weening. While Weening has yet to respond to the accusations, his current team,  Orica-GreenEdge, responded by saying:

"We have been made aware of certain allegations put forward regarding Pieter Weening."

"We have asked Pieter to fully re-confirm his legally binding written statement to the team regarding his career and these issues before and after joining the team, specifically with regards to the current allegations."