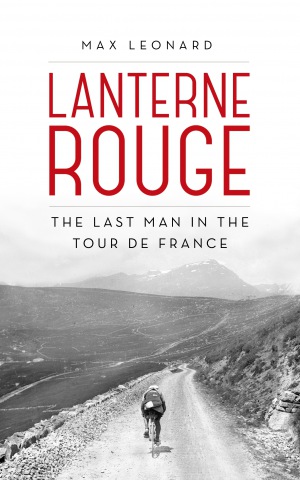 Froome, Wiggins, Merckx, LeMond – we know the winners but what about the men who finish last?

1. The red lantern that hangs on the rear of a train
2. The competitor who finishes last in the Tour de France

If you complete a bike race of over 3,000 kilometres, overcoming mountain ranges and merciless weather conditions while enduring physical and psychological agony, in the slowest time, should you be branded the loser? What if your loss helped a teammate win? What if others lacked the determination to finish? What if you were trying to come last?

Froome, Wiggins, Merckx – we know the winners of the Tour de France, but Lanterne Rouge tells the forgotten, often inspirational and occasionally absurd stories of the last-placed rider. We learn of stage winners and former yellow jerseys who tasted life at the other end of the bunch; the breakaway leader who stopped for a bottle of wine and then took a wrong turn; the doper whose drug cocktail accidently slowed him down and the rider who was recognised as the most combative despite finishing at the back.

Lanterne Rouge flips the Tour de France on its head and examines what these stories tell us about ourselves, the 99% who don’t win the trophy, and forces us to re-examine the meaning of success, failure and the very nature of sport.