Robert Bodil: "Developing The Next Evolution In Cycling" 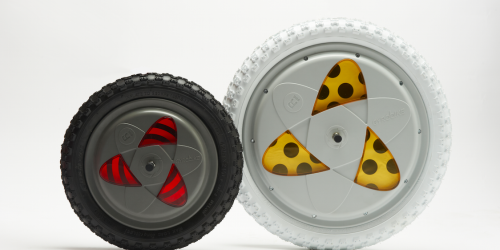 Robert Bodill, founder of Jyrobike, talks through the history of the bicycle and how his product is set to revolutionise bicycle technology.

The journey of the bicycle began in 1818 when Baron Karl Drais in Mannheim, Germany, created the ‘Dandy horse’.

The Dandy Horse was the first two-wheeled mode of transport that is widely credited as the innovation that gave birth to the bicycles we see in our villages, towns and cities around the world today.

It enjoyed 50 years of popularity, however in the 1860’s the Vélocipède bicycle was created by attaching rotary cranks and pedals to the front wheel hub of a Dandy Horse and the first pedal bicycle was born! It never looked back..

Until the 1990’s, more than a 100 years after the adult Dandy Horse stopped being produced, it made a surprising come back in Europe in the form of a kids Dandy Horse or otherwise known by modern day parents as a balance or run bike.

Interestedly, history may be repeating itself. Just as rotary crank technology fed the evolution of adult cycling from Dandy Horse to pedal bicycle, we believe our invention called Jyrobike could potentially signal the start of a new evolutionary leap in cycling; from running bikes to pedal auto balance bicycles.

Until now, despite many advances in bicycles over the last 200 years, one thing that remains unchanged is that most people find the process of learning to ride a bicycle quite difficult, sometimes even daunting. The learning phase can be tough, but we all endure, because one of life’s greatest moments is the exact second when a person realises that they just went from ‘cant ride’ to ‘can ride’. It is nothing less than life inspiring.

Our inspiration comes from that perfect, wonderful moment of joy and freedom. Our passion is designing a bicycle that transports as many people as possible directly to that moment of delight, in the quickest and easiest way possible. For the last two years, we’ve been working on a new bicycle that is aimed at helping children learn to ride in a single afternoon – by any measure, our goal is no mean feat.

By using patented gyroscopic technology housed within a ‘magic’ control hub that keeps a rider upright, our products provide children with the stability they require so the child can focus on one thing at a time, which in turn helps them gain confidence quicker and helps them learn to ride faster. From the very first pedal, Jyrobike is covertly teaching correct riding technique. It is very clever.

Jyrobike is built on the core principle that bikes become inherently stable at higher speeds because the faster a wheel spins, the more balanced it becomes. Working on this assumption, we experimented by putting a gyroscope – a faster, spinning wheel – inside a slower wheel – e.g. the front wheel of a bike.

When turned on, it provides a stabilising force, working just as gyros do to keep helicopters stable in the air, boats stable at sea and spaceships stable in orbit.

The result is an Auto Balance Bicycle that keeps riders upright and balanced, even when they tip or wobble.

As well as our quest to make the Jyrobike better, a large part of the engineering process is a journey in the real life deployment of gyroscopes. This excites us as most people don’t see gyroscopes frequently. We know the gyroscope toy and spinning tops but that’s about it for most of us.

We’re using the gyroscope in a way that really helps people in their cycling and this help comes from a spinning disc.

Our engineers use a battery powered motor to get the disc spinning. This disc is the gyroscope and the faster the disc spins, the greater gyroscopic force or ‘help’ is produced.

We know that kids learning to ride need a lot of help from the gyroscope at the beginning and less at the end. So the motor needs a few different speeds to spin the disc to produce different levels of helpful or auto-balancing force. Naturally, this motor can’t be too big or too small. We need just the right amount of battery power to spin the disc for a few hours at a time so children have plenty of ‘learn to ride’ time.

In one sense, Jyrobike is a simple and elegant system of a disc, motor, battery and a three-position switch. In another sense, we want Jyrobike to be super light, super powerful, super durable, super smooth, super quick and super effective.

This is where the engineers have been having fun; taking something and making it the best it can be.

We’re pleased to report that this engineering process is currently in its final stages as we get ready to launch Jyrobike to the world via a Kickstarter campaign in May 2014.

We’re incredibly excited about the possibilities of Jyrobike and how it will teach the next generation of bicycle lovers to ride in record time.

For more information on Jyrobike, please visit our website at jyrobike.com