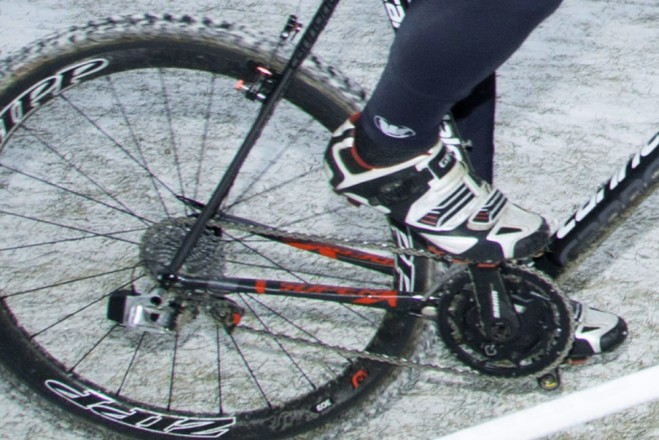 It’s long been rumored that SRAM has been working on an electronic groupset of it’s own. Indeed, such a prototype was spotted at last weekend’s Illinois cyclocross state championships. However, SRAM remains tacit on the subject.

“That’s a developmental product. I have no comment,” SRAM marketing manager Michael Zellmann told the media.

There is little known about the group set, another than that which can be gleaned from the photos.  Ther appears to be an electric wire actuating the rear derailleur, along with an electronic device mounted to the stem. Battery storage perhaps ?

In addition, the derailleur is has a short cage, which seems to indicate that the groupset is targeted toward the road and cyclocross niches.