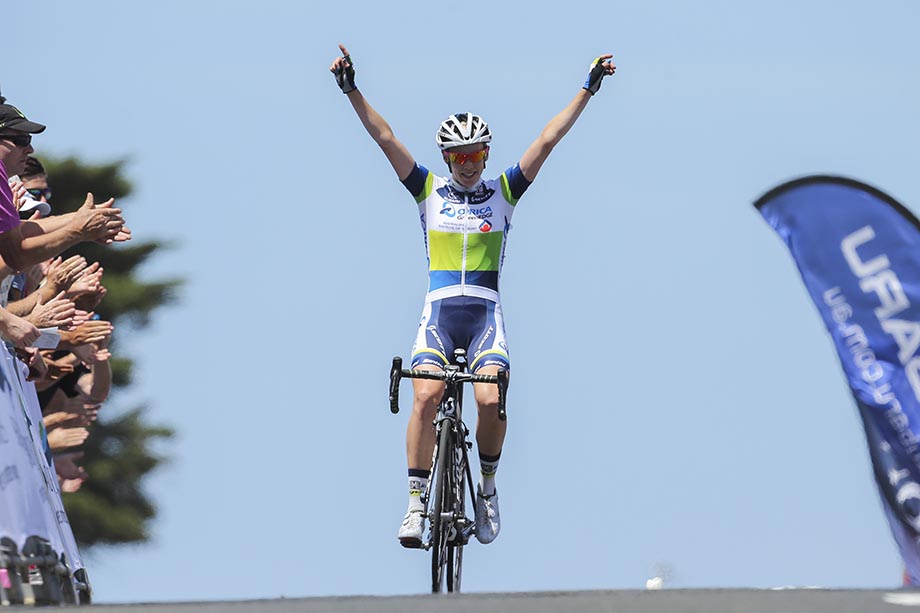 Meanwhile, her teammate Valentina Scandalora held onto the overall race lead by six seconds with two stages to come.

“It’s been a while since I’ve been able to throw the hands in the air, so I’m pretty stoked to be able to start the season off on such a good run,” Hoskins said after her win.

“We were looking to protect the leader’s jersey, that was our number one priority from the start and the race was so fast that nobody was getting away,” she added.

“A lot of teams didn’t want anything to go up the road either, and they wanted a bunch kick. There were a couple of sprinters who wanted to have a go before tomorrow, so for us it was actually an easy day in the office until the last two laps.”