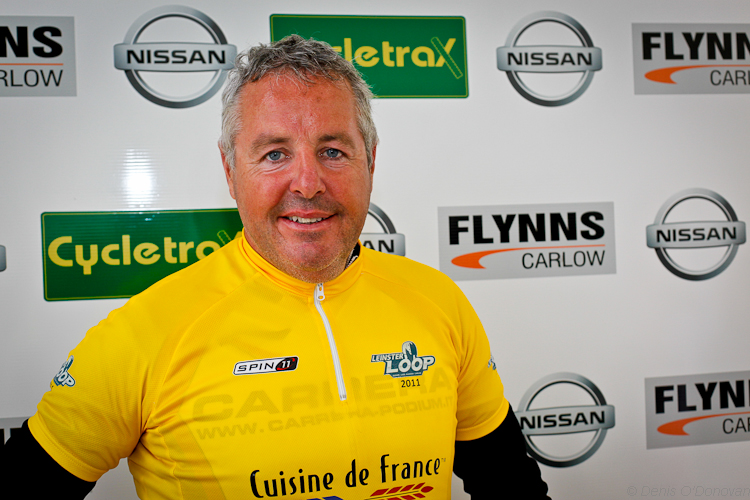 Stephen Roche wants to see the return of the Tour of Ireland.

The legendary Roche admits starting the Tour de France in Dublin 15 years ago had no lasting effect for cycling in this country.

He says that was partly down to the lack of structures in place – but also due to the damaging Marco Pantani/Festina doping controversy which plagued that Tour.

But Roche, whose Giro triumph in 1987 was the first in a magnificent treble that year of the Tour de France and the World Championship, believes the presence of the Giro d’Italia in Belfast, Armagh and Dublin next year will make a real difference as the sport’s popularity has mushroomed.

And he’s eager to see a professional national tour in Ireland again after the success of the Nissan Classic.

Hugely popular in the late Eighties around time of the success achieved on the bike by Roche and Sean Kelly, the Classic was staged between 1985 and 1992.

“When the Tour de France came here, nobody from the Federation was ready to use it as a springboard. It came and went,” acknowledged Roche.

“And then the Pantani affair shot everything dead.

“Now there’s a lot of water under the bridge, we’re in a different era altogether.”

Roche says the success of his son Nicolas and his nephew Dan Martin on the Grand Tours has helped repair the damage caused in the past.

“We have some young riders like Nicolas, Dan and Philip Deignan, and they have shown we definitely have a really good breeding ground,” said the Dubliner.

“It’s great to have something big like the Giro having confidence in Ireland to host the start of their event.”

Roche believes the ‘Cycle to Work’ initiative in the Republic has helped the sport become popular, too, leading to enthusiasts joining clubs and Sportifs held on a regular basis.

“But the unfortunate thing is the structures on the bottom rungs are poor,” he cautioned.

“It needs manpower and money. Hopefully with the Giro coming here now, and with the confidence that is in cycling at the moment, it will help sponsors come on board for another Tour of Ireland.

“It’s the way forward. We should have a national tour and that would help young cyclists no end. Kids need something to look forward to.

“Look at football, it’s on TV everyday. Exposure for cycling here will help people take it up.”

Roche points to the Irish corner at Alpe D’Huez this year – an innovation that led to hundreds of Irish fans seen around the world on the Tour de France’s most iconic stage.

“That could have been the Dutch corner 10 years ago. There were so many people there,” he recalled.

“The guy who organised it got in contact with me two weeks before, he was on Facebook asking was anyone coming and he got two or three hundred there.

“That would never have happened years ago but that’s down to the young guys out there like Nicolas and Dan who are doing well, they have support of their own.

“It would be great to see infrastructure put in place at home to help kids follow that same path.”

Meanwhile, Roche is delighted that his 30-year-old son has come into his own.

He said: “He has a very good attitude in that he says, ‘well, if my dad had finished 10th in the Tour, I’d be doing well to finish ninth, but my dad has done something only one man had done before so if I don’t do it, it’s no big deal’.

“Basically that puts everything to the touchline, which is very clever and intelligent of him.

“And while it was nice to have my career, it’s nice that he is seen as Nicolas Roche on his own.

“For me, that makes me very proud because now he’s not known as the ‘son of Stephen’.”