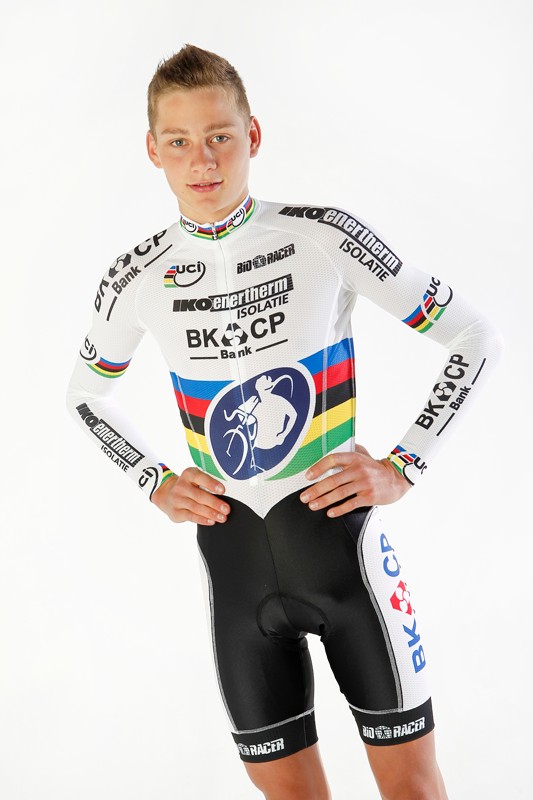 Van der Poel made his way to the front of the field at the outset of today’s race, and never strayed far from that position for the duration.

On the other hand, Bart Wellens (Telent-Fidea) suffered a mechanical failure early on in the race, which immediately sidelined the Belgium rider.

Meanwhile,  Pauwels, was involved in an early pileup, which caused the World Cup series leader to fall back to 45th position during the first lap.

However, once the chaos cleared, Meeusen made his way to front to take over from Mathieu Van der Poel,  while a chase group containing Corne van Kessel (Telenet-Fidea), Philip Walsleben (BKCP-Powerplus), and David van der Poel (BKCP-Powerplus), were fast on their heels.

Indeed, after the first lap, Walsleben made his way up to the front to join Meeusen, while Van der Poel fell back slightly – followed by David van der Haar, van Kessel and David van der Poel.

As the race entered the second lap, Walsleben took the lead from Meeusen.

At the completion of the second lap, Walsleben and Meeusen were holding a three-second lead over Mathieu Van der Poel and Van der Haar.

However, as the race entered into the third lap, a six-man lead group had come together, after van Kessel and David van der Poel succeeded in bridging themselves across to the four leaders.

With three laps remaining, both Kessel and David van der Poel lost contact with the lead group due to a bad bike swap and a mechanical failure.

While the four riders continued to lead, Pauwels had slowly made his way up through the field into 17th place – just 21 seconds behind now.

In the meantime, the next mishap went to van Der Haar, after he crashed trying to pass van der Poel, who was also lost contact momentarily – after his chain dropped.

However, with two laps remaining, the young Dutch rider  not only succeeded in making his way back to the leaders, but also managed to ride clear of the group –  quickly building up a slight lead of six seconds.

Meanwhile, Pauwels continued to chase from behind – further reducing the gap to just 16 seconds.

Van der Haar managed to make his way back to the front of the first chase group, but he crashed again – causing him to drop to the back of the group.

Heading into the final lap, Mathieu van der Poel’s lead had been extend to 20 seconds over the chase group.

However, a mechanical problem would later send the him into the pits for a spare bike.

Still, van der Poel managed to regain his ground and further stretch his lead beyond 30 seconds – with just half a lap remaining.

Van der Poel would soon cross the line with a celebrated "wheelie", followed by Meeusen, while Pauwels had miraculously ridden himself into third place.

Meanwhile, Walsleben finished in seventh, with Van Kessel in eighth.