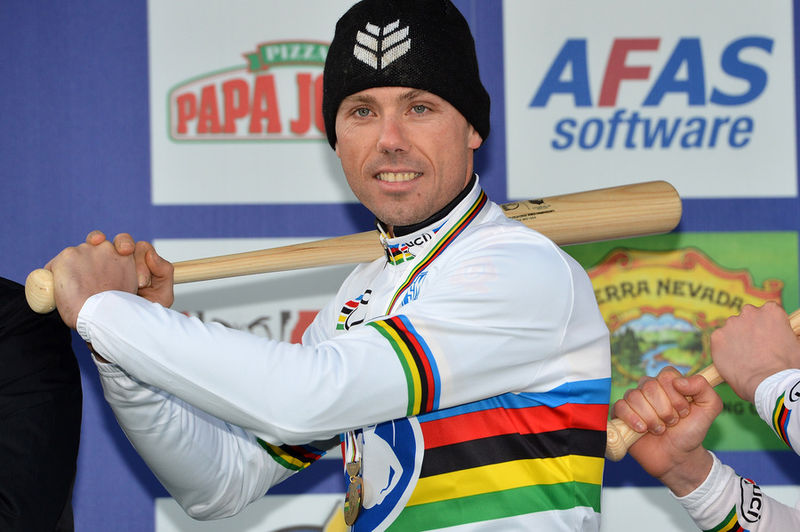 Sven Nys has taken refuge from the media in Mallorca, Spain, and will not race in Belgian this weekend.

The 38-year old cyclocross star has taken a lot of heat from the Belgian press over the last few weeks, regarding the  "slump" he’s been in since the start of the season.

Nys has been struggling to compete against an emerging new generation of young and talented cyclocross riders. Indeed, he was only able to muster a 4th place finish in the Bpost race in Hasselt last Saturday, while abandoning the Druivencross race in Overjise the following day.

"I have good feelings on the bike. Only the results in the field are less than expected," Nys told Belgian newspaper Gazet van Antwerpen.

"The osteopath straightened me out as often happens during the season, apparently I was a bit lopsided. But that can’t explain why I was so bad in Overijse. I don’t feel sick and my blood test results prove that I’m not. But I can’t pinpoint a single cause. I think everything has played a part.”

In response to criticism from the press, Nys insisted that he’s only human.

“As soon as I get back to being successful, then I probably look back on this as a very instructive period,” he said. “It is not the first time that I’m in such a dip. I’m only human and not a robot. Maybe I gave the impression that everything went smoothly over the years but that is not so.”

In worse cases, fans and the Flemish media have suggested that Nys is too old, and should consider retiring.

“What bothers me most is that the criticism went too far,” he said.

“Especially since those comments often come from people who praised me a month earlier and said that I’d continue to dominate until I was 50. To change from one day to another, to claim that I’m too old, goes too far. Maybe that’s why I feel less good about myself.”

Nys is currently under contract with Crelan AA Drinks, to race until the spring of 2016.

“I can live with people expressing themselves after they saw that my career was a success for many years but these people have no right to deny me pleasure in my sport. I want to stop in a decent way,” Nys said.

"I remain calm and want to make sure I take enjoyment from my sport. Top level sport is like balancing on a tightrope. I can’t predict when I’ll be back on that rope but I feel I’m going in the right direction and hope to be back to my old self at Christmas time.”

"These young guys are not a curse for me. They keep me focused and motivated. I have no trouble getting down from my throne. At the age of 38 you must let go of certain things. Those who can’t do that are old and frustrated riders. And that’s the last thing I want to be."