Sven Nys Returns to CrossVegas for 2014 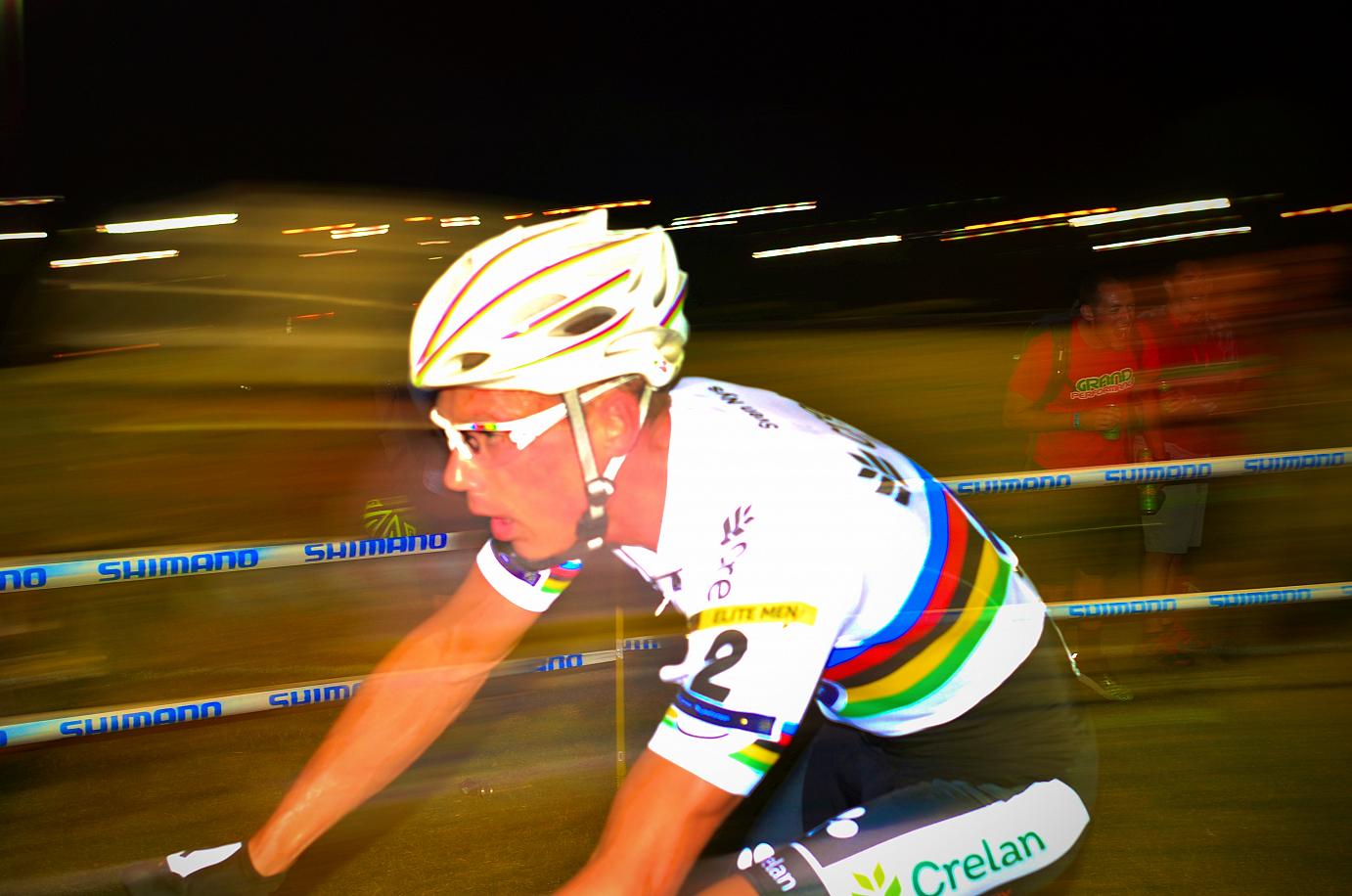 World cyclocross champion, Sven Nys, announced this week he’ll be returning to CrossVegas in September to compete in this year’s event.

Nys commented on his return to the race:

“I had a great time racing CrossVegas last season, I was pleased to win but more than that I enjoyed the exciting atmosphere and the big crowds.  It is a great spectacle for our sport and an important early season race on the world calendar ”

“I look forward to coming back to CrossVegas; there is nothing easy about the race even though there isn’t traditional cross ingredients like mud and cold.  The parcours is difficult and the competition will be watching me carefully I imagine. CrossVegas presents a great version of our sport that is perfect for the time and location.  I understand there are some new course elements proposed for this year that should make it even more challenging,” the Belgian champion added.

Nys will be joined by his Crelan-AA Drinks teammate Sven Vanthourenhout, who placed 36th at CrossVegas 2013.

“CrossVegas is a nice opener of the Cyclocross season and a good example of the internationalization of Cyclocross.

CrossVegas will be Nys’ only race in the US for the 2014 season, as the two-time world champion will return to Belgium immediately after CrossVegas to start the European race calendar on home soil.

America’s biggest cyclocross race, in fact the biggest cross race outside of Europe, prepares for an eighth edition in September. Clif Bar CrossVegas will be held Wednesday September 10 at Desert Breeze Soccer Complex in Las Vegas. What has become a spectacle as much as a cross race is held under the lights following the first day of the Interbike Show.

The 2013 edition raised a bar that will be tough to top with World Champion Sven Nys of Belgium putting on a clinic as he cruised to a solo victory in the Elite Men’s race. Katerina Nash scored her third CrossVegas win in a similar fashion crossing the finish almost half a minute ahead of her chasers.

In addition to the top talent from 12 nations, CrossVegas 2013 included course features like a new velodrome-inspired “Raleigh Ramp,” 2 different flyovers, 3 sets of stairs and the TRP Brake Zone barriers.   Race director Brook Watts has hinted at a sand section for 2014 that would complete the “Circus-Maximus of Cyclocross.”

CrossVegas recently announced new opportunities for sponsorships that can the needs of companies big or small. Sponsorships range from VIP hospitality packages that are considered the best entertainment value in Las Vegas to larger course feature sponsorships. Watts stressed that packages can be tailored to individual needs. “We recognize that every sponsor has different goals and budgetary constraints so we work to fit those.