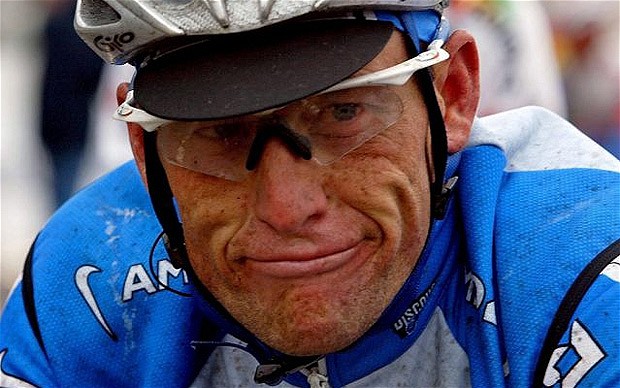 USA Cycling confirmed today, that Armstrong is barred from participating in a sanctioned race – as conditions of his lifetime ban.

Previously, there was some concern as to whether or not a Gran Fondo event constituted an officially sanctioned race.

The issue was first raised earlier this week by the United States Anti-Doping Agency (USADA), when they began probing the issue by asking USA Cycling for clarification.

"USA Cycling has been asked by the United States Anti-Doping Agency to look into the Hincapie Gran Fondo in the face of questions concerning rider eligibility.

“USA Cycling has informed USADA that the Gran Fondo Hincapie constitutes a cycling “activity” that is “authorized” by USA Cycling as those terms are used in the World Anti-Doping Code and in the Anti-Doping provisions of the UCI (International Cycling Union) Cycling Regulations.“Under these provisions, an athlete’s suspension bars participation in an authorized activity such as this. The UCI has confirmed USA Cycling’s interpretation. The World Anti-Doping Code vests jurisdiction in UCI and in USADA to determine whether an athlete has violated the terms of any suspension, as well as to assess any sanctions that might accompany an adverse determination.”

Other pro riders who are scheduled to participate in this weekend’s event, such as Teejay Van Garderen, Brent Bookwalter and Larry Warbasse, weighed in on the issue.

“I can see the curiosity of people, wondering why we would choose to associate ourselves,” he said. “It was frustrating for me to learn about all the stuff that happened in the past, and I think I was right there, with a lot of people, being angry about the news that had come out.

“I don’t think he , much harder than anyone else and in my opinion, he might deserve a bit of a break.”

Speaking about his event this week, Hincapie said: “The Fondo is not supposed to have an intended or implied message; at least that’s not what we are shooting for. It’s just a celebration of cycling with friends and fans that also supports what we feel are important causes.

“I know I’ve made mistakes along with some of the other riders in attendance, but I believe in, and hope for, second chances for everyone. I’m very fortunate to count many former and current professionals as friends, and will leave it to my peers to decide how they regard me, and the event.”