Velocio Sports Partners with SRAM for 2015 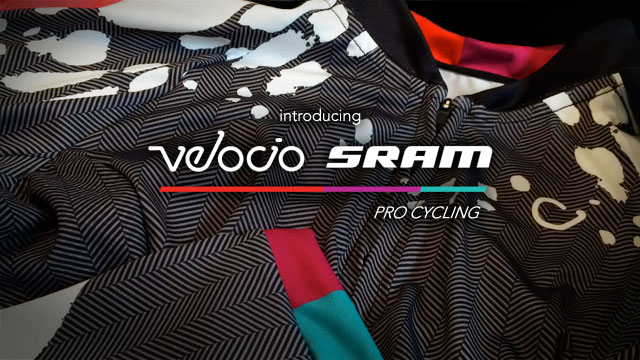 Velocio Sports has announced Velocio Apparel and SRAM as title sponsors for its 2015 professional racing campaign.

“We’re super excited to continue this program,” explained team owner, Kristy Scrymgeour. “A combination of cycling industry partners, grassroots contributors from our Project X crowdfunding campaign, and private donors has allowed us to return this racing year with ten athletes, seven of them veterans of our program.”

“The goals are very simple,” continued Scrymgeour, “we are driven to win races, to help develop women’s professional cycling and to represent our sponsors on cycling’s biggest stage. SRAM has been a huge supporter of the team since we started working together three years ago and we’re honored to have them step up their support. We’re excited to be growing our collaboration with a great brand that supports women’s cycling.”

Alex Wassman, SRAM’s Sponsorship Director noted Velocio’s success as a program explaining, “This team is too good not to support. They focus on winning, specializing in races against the clock, and deliver pure professionalism through it all. It’s the perfect formula for us as we continue to drive top level women’s racing globally.” The Velocio-SRAM pro cycling team will ride Cervelo bicycles with SRAM, Zipp and Quarq componentry.

SRAM President, Stan Day, also highlighted the team’s strength, “It’s exciting to see the growth of women’s racing, Velocio-SRAM is absolutely one of the best run programs, and we’re proud to enhance the level of our support.”

Velocio-SRAM Pro Cycling will ride in Velocio Apparel’s signature line, designed in a Monarch theme to reflect the program’s metamorphosis.

Velocio Apparel Designer Brad Sheehan explained the support for the program in no uncertain terms, “We’re putting everything we have into this program. We believe in these riders in their future and in the future of women’s cycling.”

Velocio-SRAM will begin 2015 preparations as a team with an early December camp in the Canary Islands.

The 2015 kit is available for pre-order at Velocio.cc