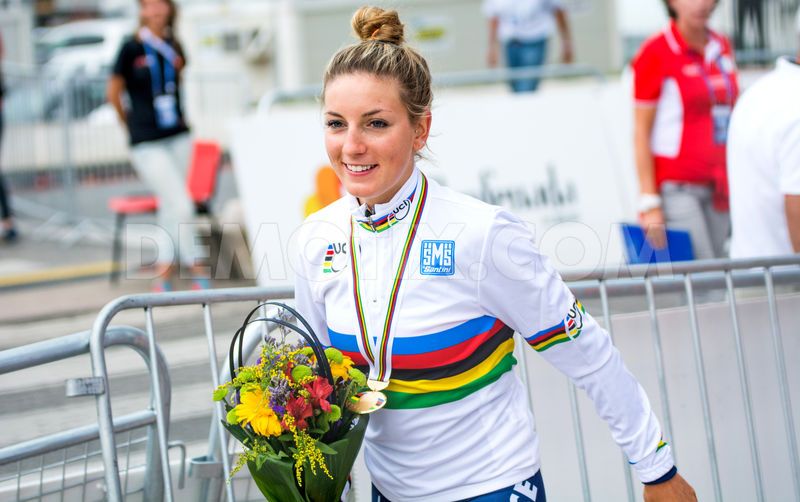 Two-time defending champion Marianne Vos of the Netherlands was among riders caught and overtaken by Ferrand Prevot just meters before the finish line of the 127.4-kilometer (79.1-mile) course.

Meanwhile, Lisa Brennauer of Germany took silver for her third medal of the week after winning gold in both the individual time trial and the team time trial, while Sweden’s Emma Johansson was third.

The race saw several crashes and rain near the end.

A chain-reaction accident near the end of the second lap caused many riders to fall. While several riders withdrew, Vos was put 45 seconds behind the reduced peloton.

She eventually caught up and looked set to add to her two golds and five silvers in the event when she broke away with three other riders on the final descent.

But they couldn’t keep away the chasing group and Ferrand Prevot launched forward to win by a wheel length in 3 hours, 29 minutes, 21 seconds.

"I didn’t think I won at first, but now I feel fantastic," said the 22-year-old Ferrand Prevot. "I had the best team with me. They put me at the front and I didn’t crash today. Big thanks to them."

Vos finished 10th, off the podium for the first time in seven years.