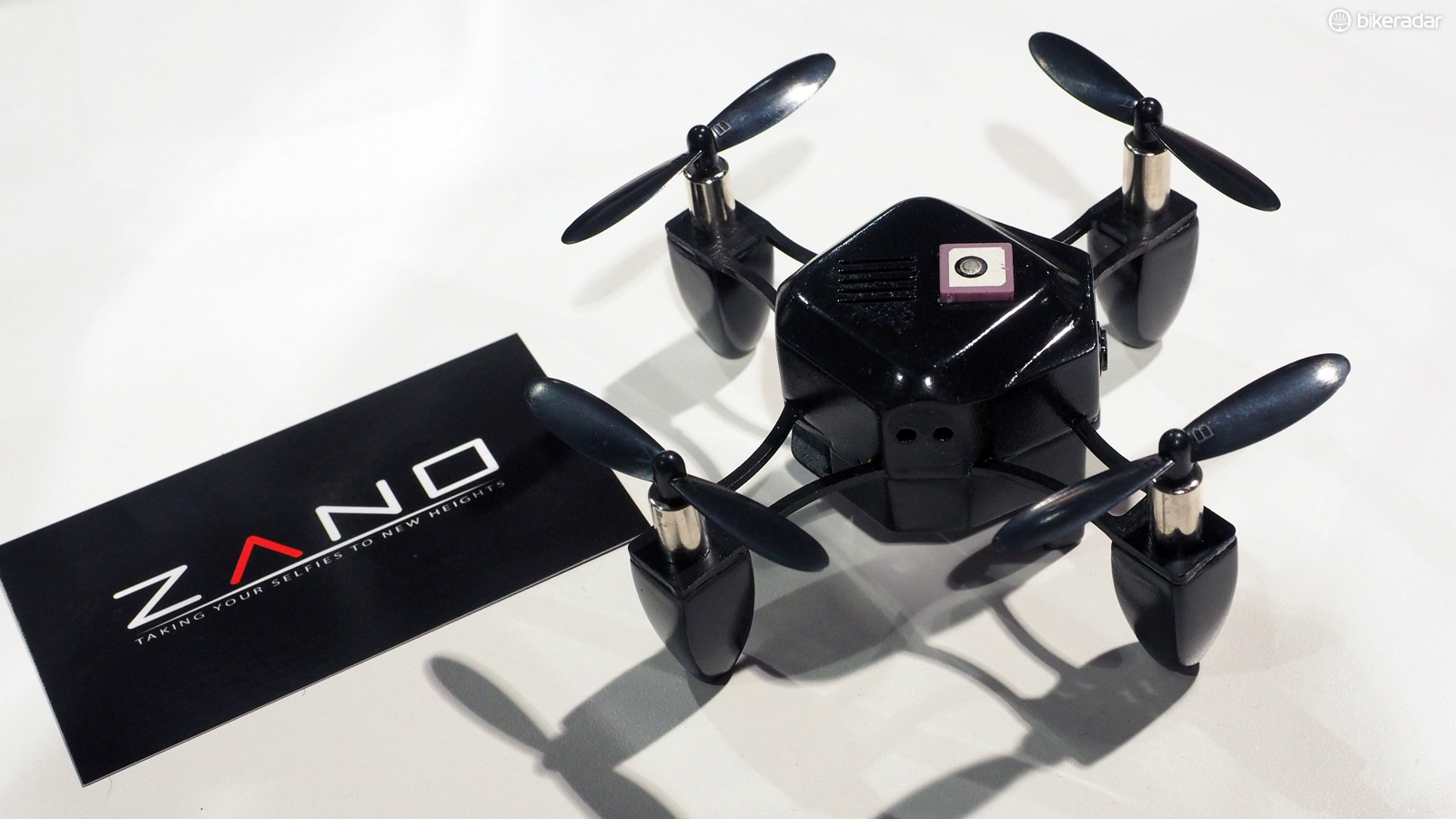 While ZANO’s drone is still under development, if it meets production, cyclists will have an affordable option to capture aspects of their riding experience as no traditional camera can. Dig !

ZANO is an ultra-portable, personal aerial photography and HD video capture platform, Small enough to fit in the palm of your hand and intelligent enough to fly all by itself! ZANO connects directly to your smart device (iOS or Android)  via onboard WiFi and enables you to instantly begin capturing and sharing moments like never before.

"When we began work on ZANO, our goal was to make aerial photography and video capture truly accessible to everyone. This meant making ZANO small and lightweight, yet durable enough to take with you anywhere. Intelligent enough so no piloting skills were required, and most of all, pricing ZANO at a point that makes it affordable." Reece Crowther, Head of Marketing.

"Right out of the box you can begin capturing and sharing stunning aerial photographs and videos, with absolutely no complex flight training required." –

A plethora of sensors work seamlessly together to allow ZANO to avoid obstacles, hold its position and know exactly where it is in conjunction with your smart device, at all times.

This means ZANO operates on a virtual tether connected to your smart device. Allowing for simple gesture control of ZANO. Tilt your phone or tablet left or right, forward or backward and ZANO will follow. (ZANO can also be utilised in "Free Flight" mode, using on-screen Joy Sticks). On screen slide bars control rotation and altitude. ZANO will hold its position unless instructed otherwise (In both "Capture" mode as well as "Free Flight" mode), which allows for maximum control and creative freedom without the burden of piloting ZANO.

Operating on a virtual tether also enables "Follow me" capability in ZANO. Which means once you set ZANO’s hold position, it will register the distance it is from your smart device. You can choose for ZANO to hold this position or enable a "Follow me" feature, which will instruct ZANO to constantly maintain that distance from your smart device and follow you whilst avoiding any obstacles that may get it in the way during flight.

Hardware Under the Hood of ZANO

Interchangeable batteries
ZANO comes complete with a removable battery feature! This means a user can carry multiple charged batteries, and when ZANO is starting to run low on juice, simply bring ZANO home, pull the battery out, put a charged battery in and you’re back flying in no time!