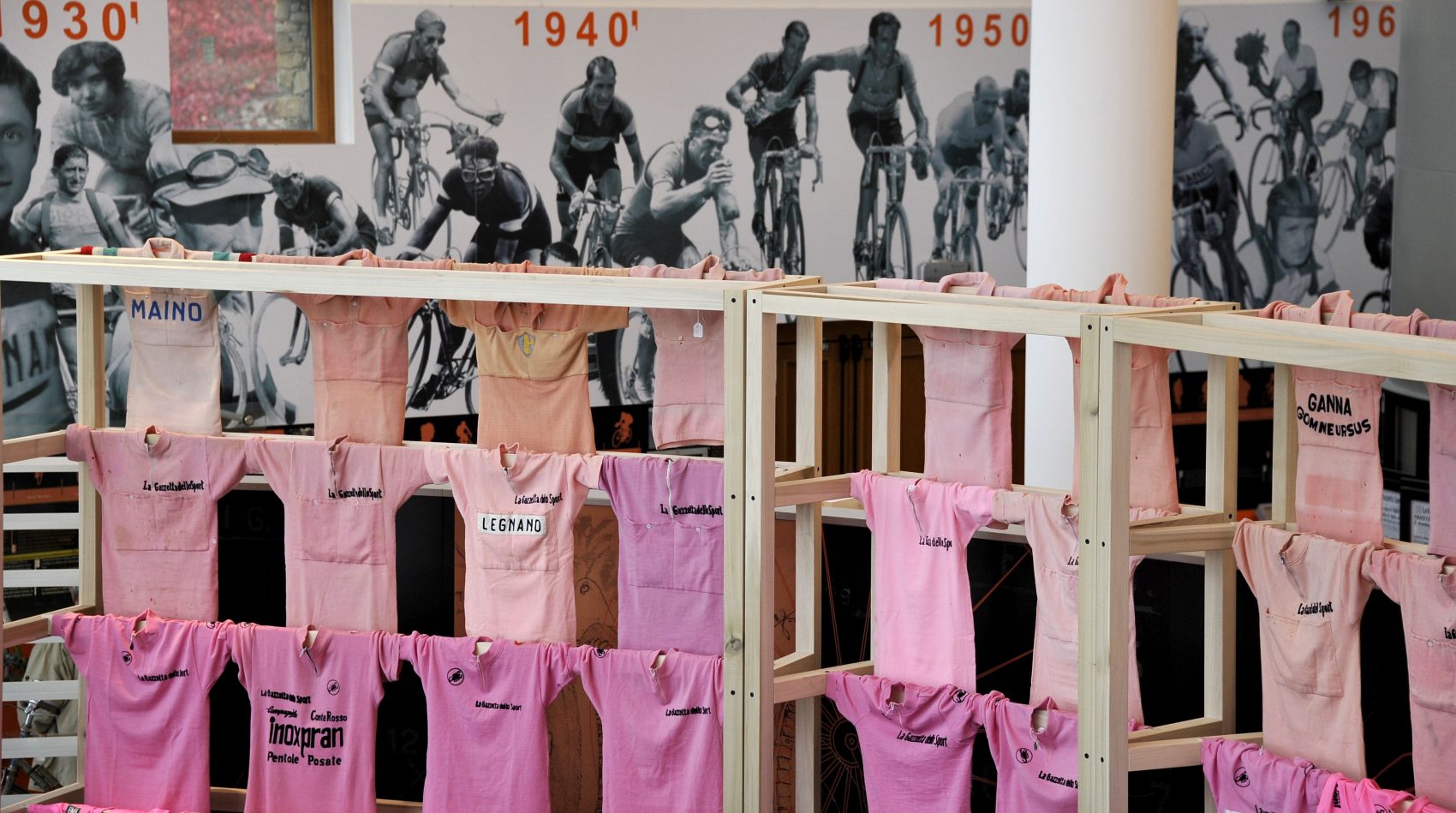 Most cycling enthusiasts know the Maglia Rosa (pink jersey) is worn by the leader of the general classification in the Giro d’Italia. But, do they know the origins of the famous pink jersey?

The Giro d’Italia is widely considered to be “the world’s toughest race, in the world’s most beautiful place”. It is intensely and passionately supported by Italians to an almost nationalistic degree.

In the first editions of the Giro d’Italia, a points system was used for the calculation of the general classification. But, since, 1914 a time system was implemented. Therefore, all stage results were added together, taking into account time bonuses for high finishes and intermediate sprints, and time penalties for breaking the rules.

The color pink was chosen because La Gazzetta dello Sport, the sports newspaper that created the Giro, was printed on pink paper.

In comparison, the leader of the general classification in the Tour de France is awarded a yellow jersey, which originally corresponds with the yellow newsprint of L’Auto, the newspaper that created the French Grand Tour.

The early days of the Giro saw riders setting out in the middle of the night to cover stages that were at times more than 300 kilometers long, tackling road surfaces that were barely suitable for horse and carts, let alone bicycles.

Around the inception of the Maglia Rosa, the man to beat was Alfredo Binda, who despite being Italian, was something of a public enemy.

In 1925, the Italian public turned on Binda, who at the age of 23 won the Giro in his first attempt, defeating the people’s champion Costante Girardengo in the process. That Giro was meant to be Girardengo’s swansong, but the defeat led him to reconsider his retirement, and a bitter rivalry with Binda was born.

By 1930, Alfredo Binda was so dominant, that he was offered 22,500 Lire to miss that year’s race; a sum of money that matched the general classification winner’s prize pot. Binda took the cash and entered the Tour de France instead. The following year, the Maglia Rosa was introduced, but Binda wouldn’t get his hands on it until 1933.

The first winner to officially don the Maglia Rosa was Francesco Camusso, who won the 1931 edition of the race.

Italian dominance in the early years of the Giro would mean the rest of the world had to wait until 1950 before a foreigner pulled on Maglia Rosa. That pleasure belonged to Swiss Rider Hugo Koblet, who also brought home the mountains classification jersey and two stage wins.

Coppi was another Italian hero, whose success earned him the title Il Campionissimo, or the champion of champions.

Regarded as being the most complete post-war rider, Coppi could do it all. Equally capable at climbing, sprinting and time trialing, and so he proved in 1952 when he became the first rider to win the Tour de France and Giro in the same year.

Eddy Merckx dominated the Giro in the early 1970’s, and having ridden an incredible 77 stages as leader of the race, he still holds the record for the most days spent wearing the Maglia Rosa.

In fact, Merckx is one of only two riders to share the record of five victories in the Giro, who actually took home five pink jerseys. The other was of course, Coppi.

In later years, Francesco Moser wore the pink jersey every year but two. However, he only won the Giro once in 1984, after beating Frenchman Laurent Fignon.

In more recent years, the Maglia Rosa has been worn on the shoulders of winners from France, Ireland, the Unites States of America, Spain, Russia, Colombia, the Netherlands and Great Britain.