CapoVelo.com
CapoVelo.com - - A French Victory in the Tour de France Would Mean "Cycling is Coming Home" for France
78057
post-template-default,single,single-post,postid-78057,single-format-standard,no_animation 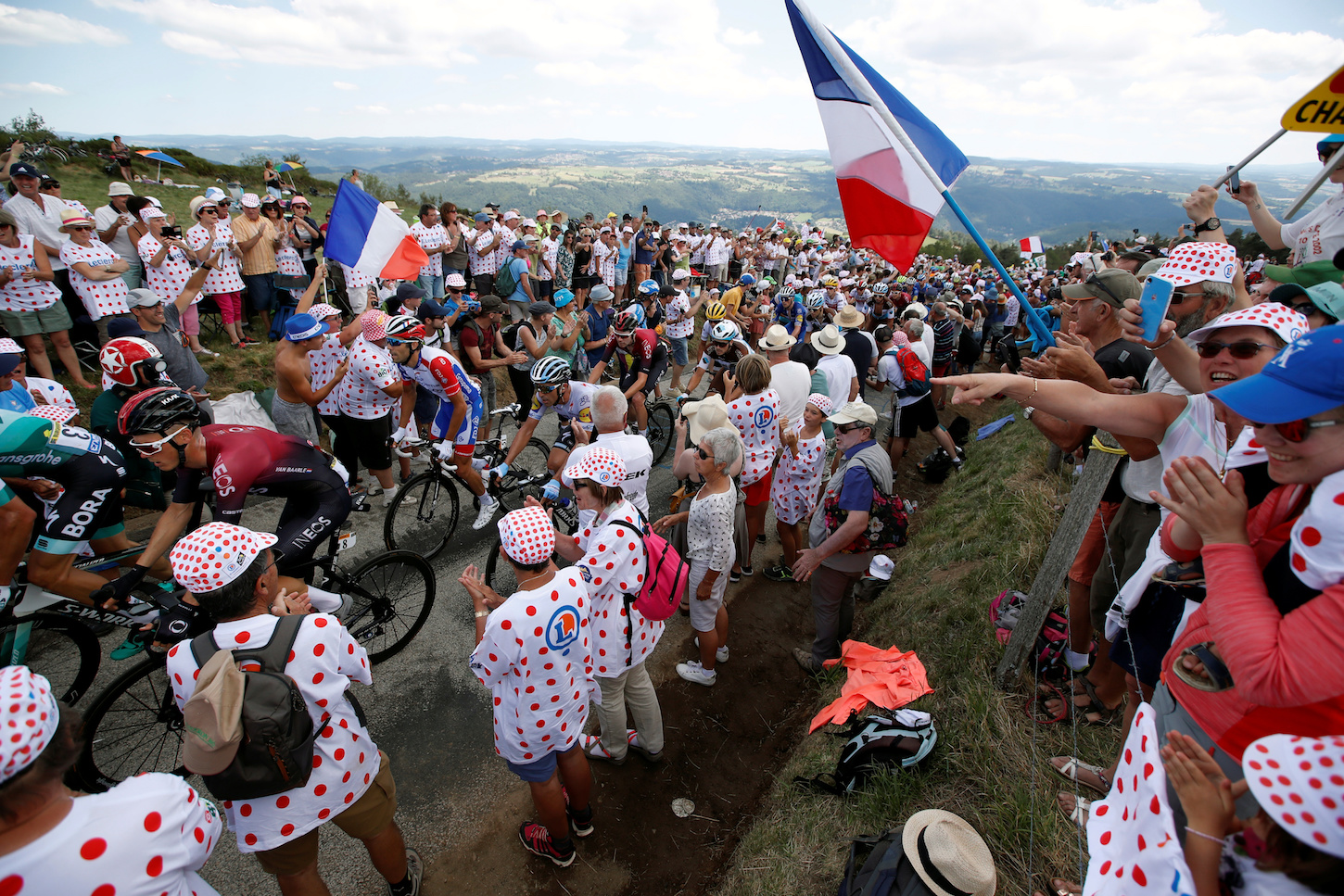 For more than 30 years, French riders in the Tour de France have struggled to impose themselves over their foreign rivals. All this in front of their home fans.

But this may be about to change. The young French rider Julian Alaphilippe wore the yellow jersey for most of this year’s edition, while compatriots Warren Barguil finished in the top-ten of the final clarification and Thibaut Pinot won stage 14. If any of them had won the overall victory, it would have been the first French victory in the Tour since 1985, when Bernard Hinault won the general classification. Why, though, does this matter to a nation that, beyond the Tour, now pays less attention to cycling as a sport?

The Tour may well be, as author Chris Sidwell titles his engaging history, a race for madmen, but it was mainly conceived as a race for Frenchmen. (And this emphasis on men explains in no small part organizers’ lack of investment in the idea of a Tour féminin.) On the eve of the first Tour de France in July 1903, the race’s founder Henri Desgrange used his editorial in the sporting daily L’Auto (which at that time owned the race) to explain how it would unite the French people, teach them about their nation and reinvigorate them through the energetic example set by competitors.

The Tour was launched at a time of immense international rivalry, principally with Germany. The need to re-energize the nation stemmed in part from the memory of the humiliating defeat to Prussia in 1871, and the need to prepare for a new war with a reunified Germany, as Christopher Thompson notes in his excellent The Tour de France, A Cultural History. It was a means of forging a new national spirit and a new form of French masculinity. For Desgrange, an arch-conservative, the Tour represented a form of moral as well as physical hygiene, designed to discipline its riders and, through them, to set an example to the crowds that flocked to cycling events throughout the interwar years.

Worried by the dominance of commercial teams but also in order to ensure an overdue French victory, Desgrange introduced national teams in 1930, a formula that was only ended by a boycott by leading professional, commercial teams in the 1960s. The Tour thus became a contest between France and its cycling neighbors, individual victories being shared by France, Belgium and Italy with occasional incursions by Luxembourg and Switzerland.

At different times, the Tour de France has been used to say different things about France. The 1947 tour, for example, was a way of highlighting both France’s suffering in World War II and its resurgence. Later, and as the Tour expanded and drew in riders from Australia, the US and the countries of the former Soviet bloc, the inclusion of grands départs in other European nations, such as Brussels in 1958 (the year after the Treaty of Rome), suggested France’s place at the heart of the European project. But the Tour always comes home and, since 1975, has always finished on the Champs Elysées.

French victors have largely come from the rural and urban working classes, from Antonin Magne, the son of farmers from the Cantal region who won in 1931 and 1934, to the legendary five-times winner Bernard Hinault, son of a Breton railway worker. The unpopularity of one of France’s greatest winners, Jacques Anquetil, among many French cycling fans of the 1960s, was due largely to his aristocratic airs. Nicknamed “Maître Jacques” (Master Jack), a title that suggests both his achievements and aloofness, he suffered through his rivalry with Raymond Poulidor, a farmer’s son from Creuse who finished on the podium eight times but never won a single edition.

Similarly, Laurent Fignon could never match the popularity of Hinault in the 1980s, despite being dubbed his successor. Bespectacled and thus nicknamed “the professor”, Fignon suffered the indignity of losing the yellow jersey and the Tour itself to the American Greg LeMond in the final stage in 1989. LeMond’s victory was in part due to his use of aerobarsthat created a lower profile. Retrospectively, it is seen as having ushered in a new phase, dominated by high-end technology and globalisation. (One commentator at the time in fact put it down to the drag created by Fignon’s ponytail).

For French critics of the Tour, the doping scandals of the 1990s and the Lance Armstrong affair are the logical extension of this process. The domination of the Tour by the largely non-French-speaking Team Sky also fitted the narrative of a sport that has lost its way thanks to rampant commercialization and overseas investment.

A win by a French rider like Alaphilippe or Pinot in the future could begin to restore France’s faith in its Tour. Both offer a familiar story, one that fits the tradition of French cycling. Both are from the depths of rural France dear to a certain vision of the nation, and what opponents of globalization see as its real values. Pinot especially is known for maintaining his rural roots. So a victory by either will go some way to ending the 30 years of hurt French cycling fans have felt since Fignon’s dramatic failure.

Martin Hurcombe is a professor of French Studies at the School of Modern Languages at the University of Bristol.