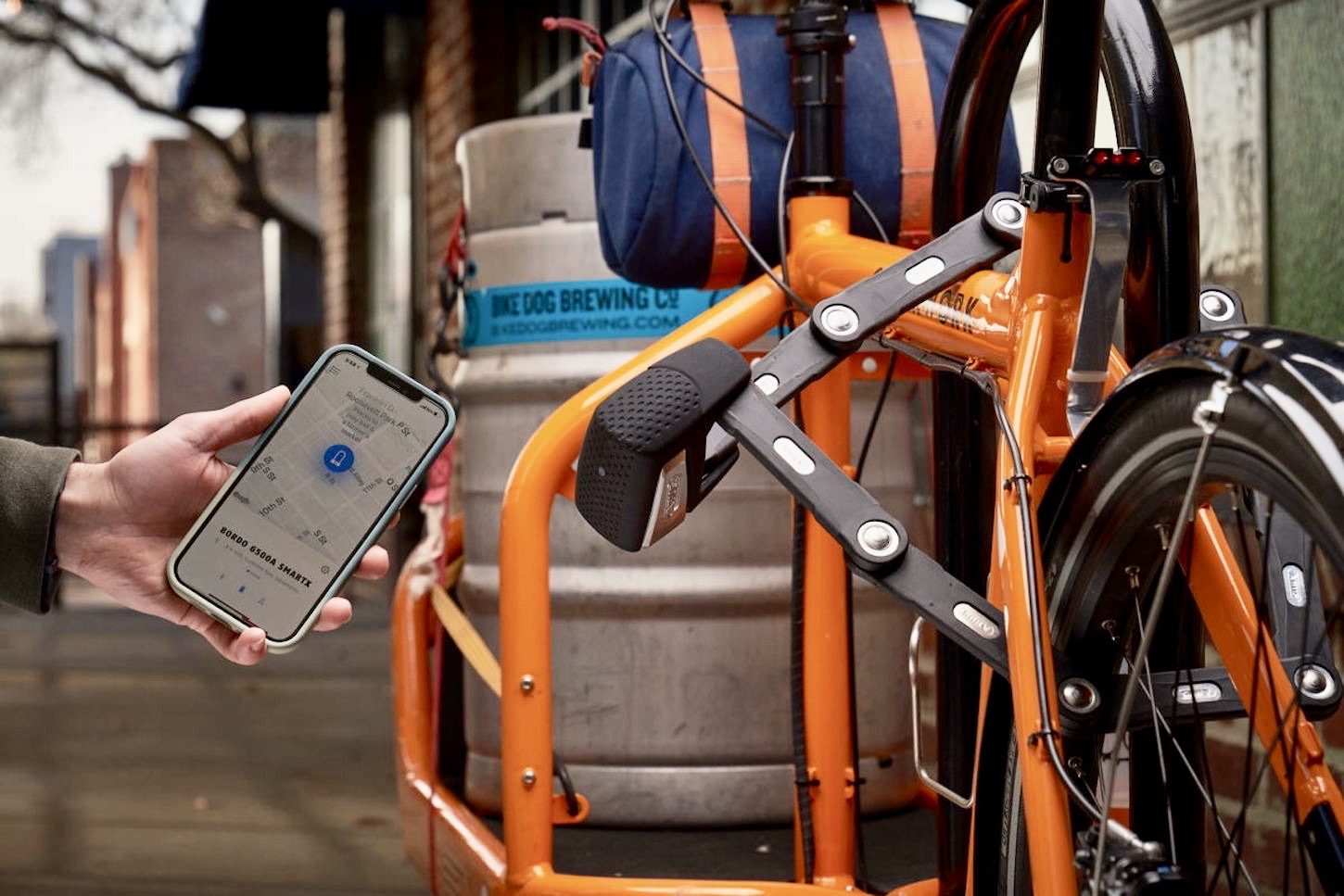 ABUS has debuted its latest keyless, folding lock called the Bordo 6500A, offering features like the brand’s SmartX cylinder technology that’s controlled digitally via an iOS or Android device with a secure, encrypted connection, making it the first wirelessly controlled lock on the market.

By simply approaching the lock with the respective smartphone, the connection is activated and the Bordo 6500A opens or closes. The process is entirely “Hands-free” and the lock can also be used by other people via the ABUS app with individually set access codes. This multi-access feature is great for the family or for the duration of a bike rental period. And several ABUS Bordo SmartXTM 6500A can be linked up to the same phone with the dedicated ABUS app.

The extended security also includes the electronic 3D Position Detection, known from the successful Bordo Alarm. If someone shakes the bike and tries to break the lock, an alarm with 100 decibels is triggered. To prevent false alarms, the intelligent technology takes vibrations that occur during the locking process into consideration, as well as movements associated with brief bumping. The ABUS app captures the last location of the lock, making it easy to locate where your bike is parked and the lock can be recharged with USB-C connection.

The integrated LEDs indicate various functionalities: the battery charge level, the charging process, and the status of the lock, whether it is open or closed.

The Bordo 6500A is also a mechanical benchmark and has the highest ABUS security level of 15. The 5.5 mm thick bars are made of hardened steel, connected by special rivets, and protect even against massive attacks.

The Bordo 6500A sells for $269.99, which can be purchased from numerous online ABUS retailers.