African Women Ready to Make Their Mark in Cycling 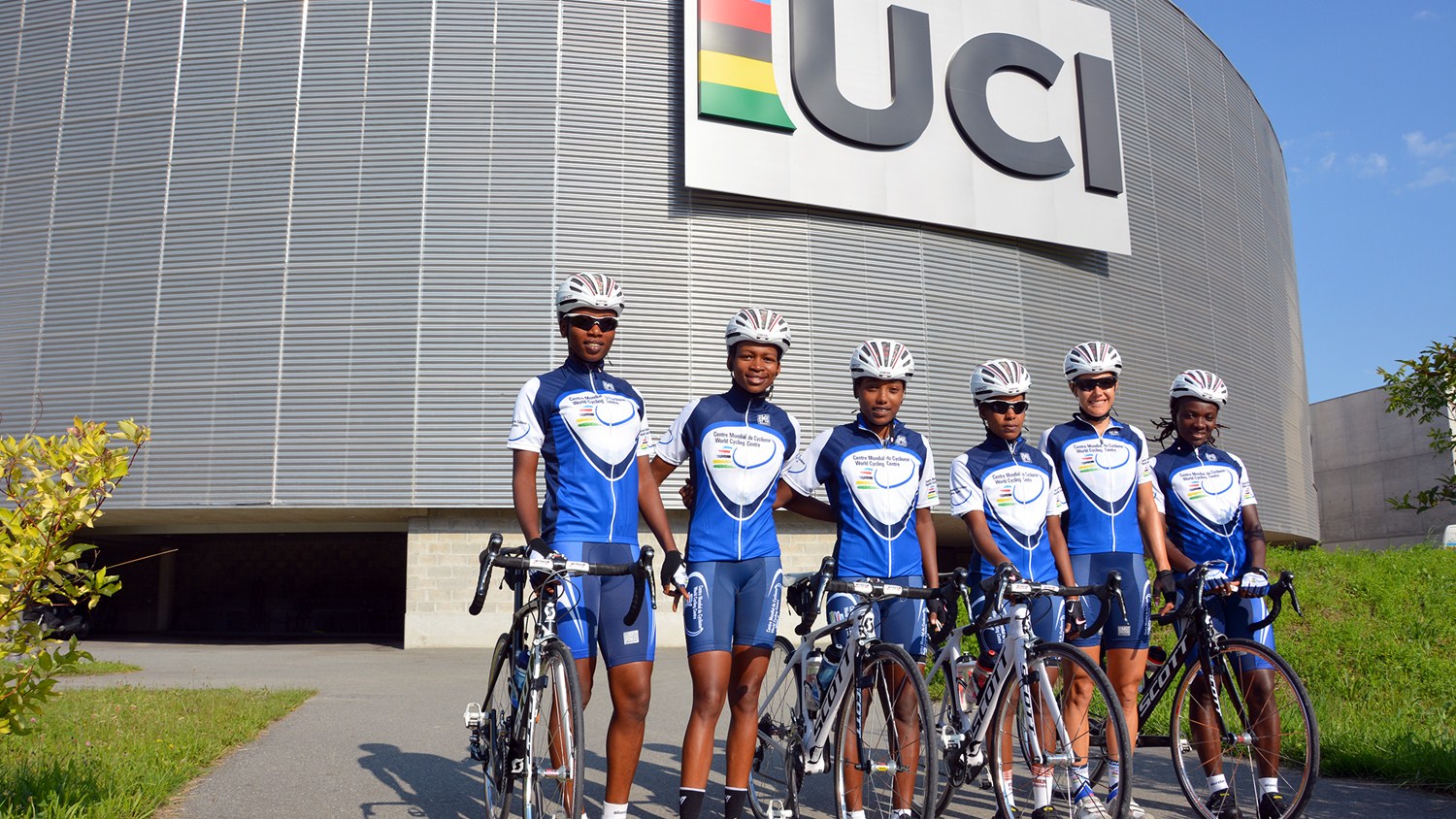 With African riders a force to be reckoned with in the men’s professional peloton, the continent’s women riders have every intention of following in their footsteps.

Van Zyl is currently at the UCI World Cycling Center in Aigle, Switzerland, with some of the most promising female riders from Namibia, Ethiopia and Nigeria. Selected for the camp thanks to their performances at the Africa Games and in the African Continental Cycling Championships, the young women, most of whom had never before left Africa, are immersing themselves in the world of cycling for six weeks. Training twice a day, racing at weekends and sometimes mid-week too, learning about nutrition… they are living the lives of pros and gaining a maximum of experience.

“We need to expose them to European racing, first at a local level and then at an international level,” explains van Zyl. “They are learning technique, descending, where to place themselves in a peloton. They are here to learn and they will make mistakes. But that’s OK. It’s better than sitting in the peloton and waiting. It’s OK to make a mistake but not to make it twice. They must learn from it.”

He says that the UCI World Cycling Center is an ideal environment for them to progress as did, a few years ago, some of Africa’s top male riders such as Eritrean professionals Daniel Teklehaimanot, Merhawi Kudus and Natnael Berhane. Last year, Rwandan rider Jeanne d’Arc Girubuntu integrated the UCI World Cycling Center high level road group and became the first black African woman to compete in the UCI Road World Championships.

“The whole experience of the UCI World Cycling Center uplifts them. There is a lot to learn but they are going to survive and get to the top.”

Van Syl continues, I’d like to get them to a level where they can qualify for the Olympic Games.”

Ese Lovina Ukpeseraye (17) had never left Nigeria before travelling to Switzerland. Used to cycling three times a week with her local club, she is adapting to a new rhythm of training, different terrain and longer races. She still finds it hard to believe her good fortune as she chases her cycling goal of turning professional one day.

“This is all so different from in Nigeria,” she says. “At the beginning I found it very hard, especially all the mountains, but I’m OK now. I am just so very happy to be here. We have received lovely clothes and a lovely bike. I want to be a professional rider and for that I must train hard and perform well.”

South Africa’s Zanele Tshoko (23) cannot stop laughing as she describes her first climb up a Swiss mountain pass: “At the beginning I thought I’d find the top around the corner. But after the corner I saw there was another corner. I asked (the support car) where the top was but they didn’t answer… Now I know why!”

But her light-hearted banter hides a determination to make cycling her career, a goal that she hopes will become more realistic after her experience at the UCI World Cycling Center: “I couldn’t believe it when I was selected to come here. I will learn so much here and my cycling will grow.

“I saw a photo once of a group of girls training at the UCI World Cycling Center and even though I didn’t really know anything about the centre, I wished I could be them. And now I am here!”

Some of the riders have already raced at international level: Namibia’s Vera Adrian, African Champion in the road race and time trial, competed in the 2014 Commonwealth Games and will line up for her country at the Rio 2016 Olympics. Ethiopia’s Tsega Beyene also has some impressive achievements to her name, not least fourth place behind three professional riders in last year’s 947 Cycle Challenge, a UCI 1.1 category race in South Africa, fourth at the 2016 African Championships road race and second in the team time trial.

Racing in Europe is another ball game but van Zyl has every confidence in his riders:

“It’s not because we’re in Europe that we’ll lie down and saw `OK, you win´,” he says. “We’re coming for victories.”