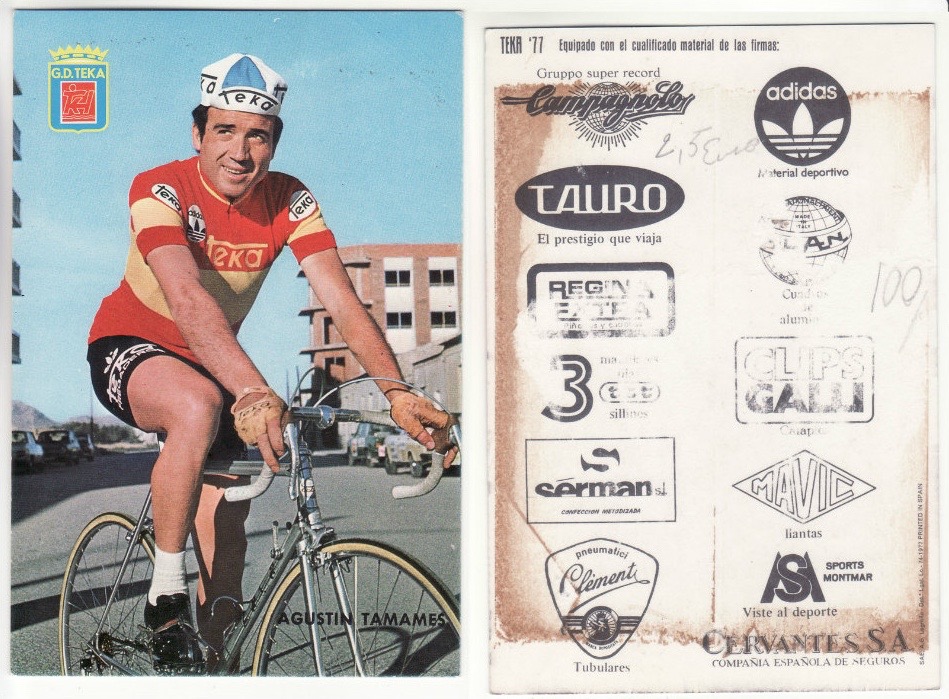 Happy birthday to Agustín Tamames, who was born on this day in 1944.

The Spanish rider is best known for winning the 1975 Vuelta a Espana in front of Domingo Perurena of Spain and Miguel Maria Lasa of Spain.

Prior to 1975, Tamames finished 2nd in the 1970 Vuelta a Espana behind Luis Ocana of Spain – winning the Mountains Jersey.

In addition, Tamames was 3rd in the 1972 Vuelta a Espana behind Jose Manuel Fuente of Spain and Miguel Maria Lasa of Spain.

Tamames rounded out his career by winning Spain’s national road championships in 1976.