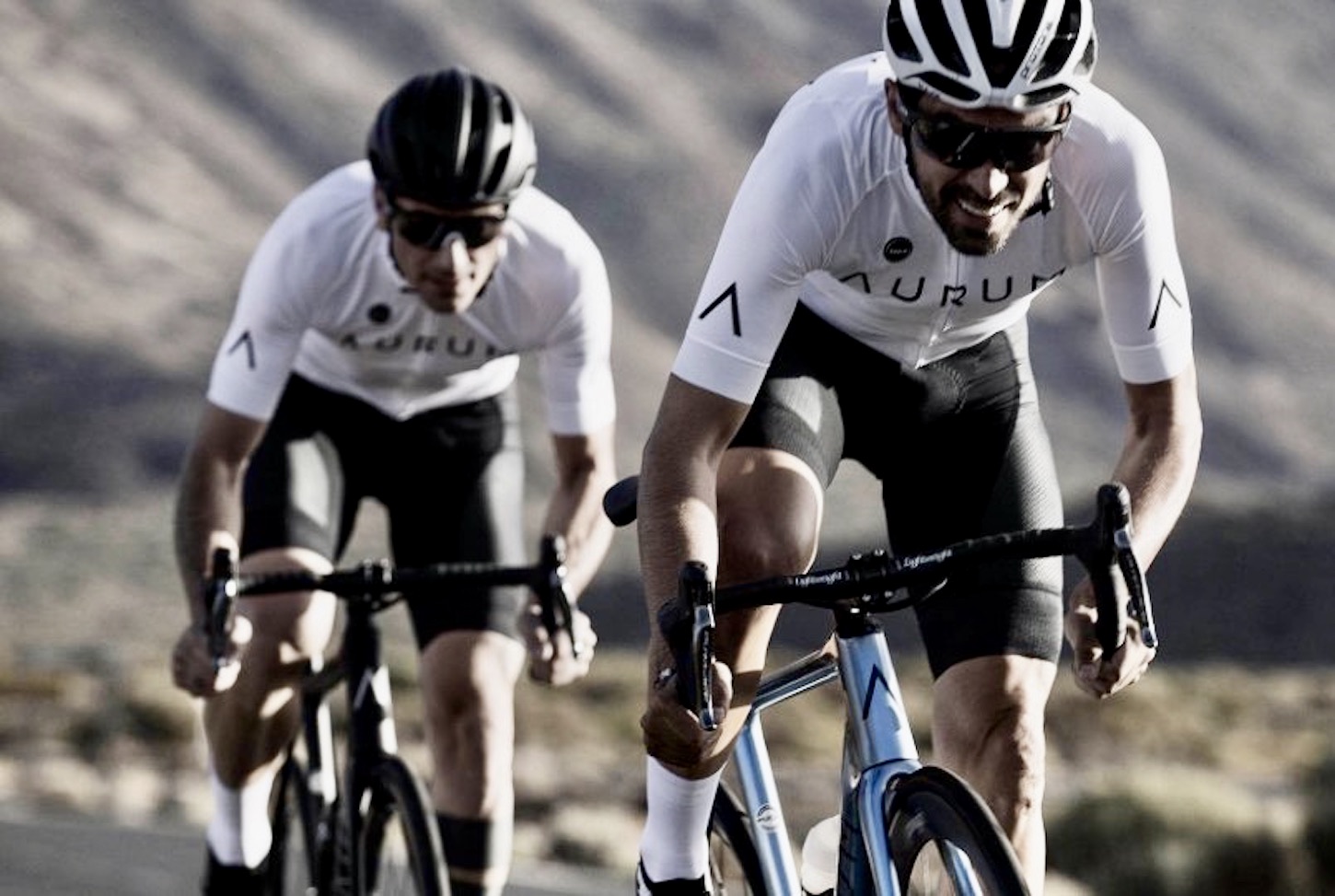 Alberto Contador and Ivan Basso have teamed up to create a new bike brand named Aurum, with a model called the Magma as its center-piece.

According to the former pro’s, the brand involved two years in the making, working with a number of engineers across Spain and Italy.

At first glance, the Magma’s frame comprises aero-shaped tube profiles in a tradition double-diamond construction, along with hydraulic disc brakes and full cable integration that allows the brake lines and shifting cables to be routed under the stem before passing in front of the upper bearing. From there, the front brake line then passes into the fork via a port halfway down the steerer tube.

“The bike must be balanced in its handling: comfortable and compliant enough for long rides, yet stiff while climbing out of the saddle.” They also say that it needed to be “reactive at its front end when cornering to track every tight corner with precision, yet stable to inspire confidence on even the fastest open descents,” say Contador and Basso.

“Magma has been designed using advanced CFD software and wind tunnel tested to help Aurum to fine-tune the computer-generated tube shapes to real-life conditions. A subtle but important aero feature of Magma is the Head Tunnel, how the headtube channels the brake lines inside the frame, directly from the handlebars, an aero efficient solution chosen for being both light and easy for cockpit assembly and adjustments,” the duo adds.

All in, they claim the Magma frame tips the scales at an impressive 805g for an unpainted size 54, thanks to a carbon lay-up process they call Experience Carbon Technology, or ECT for short.

Additionally, they claim the stiffness of each Magma frame has been tuned to be size-specific, to wit, “the downtube dimensions of every frame size has been scaled individually for a proportionate stiffness level.”

The Magma is offered in three “builds”, two equipped with a Shimano Dura-Ace Di2 groupset, which are differentiated by an ENVE  SES 3.4 wheelset and finishing kit, or a set of Lightweight Meilenstein Evo disc wheels, along with the German brand’s finishing kit.

The third is fitted with a SRAM Red AXS groupset, along with Zipp’s 303 NSW wheelset and finishing kit.

Colors for all three models are limited to Glacial Blue or Carbon Black, with individual framesets selling for around 4100€, while complete bikes range from 9800€ to 12,000€ depending on the build.