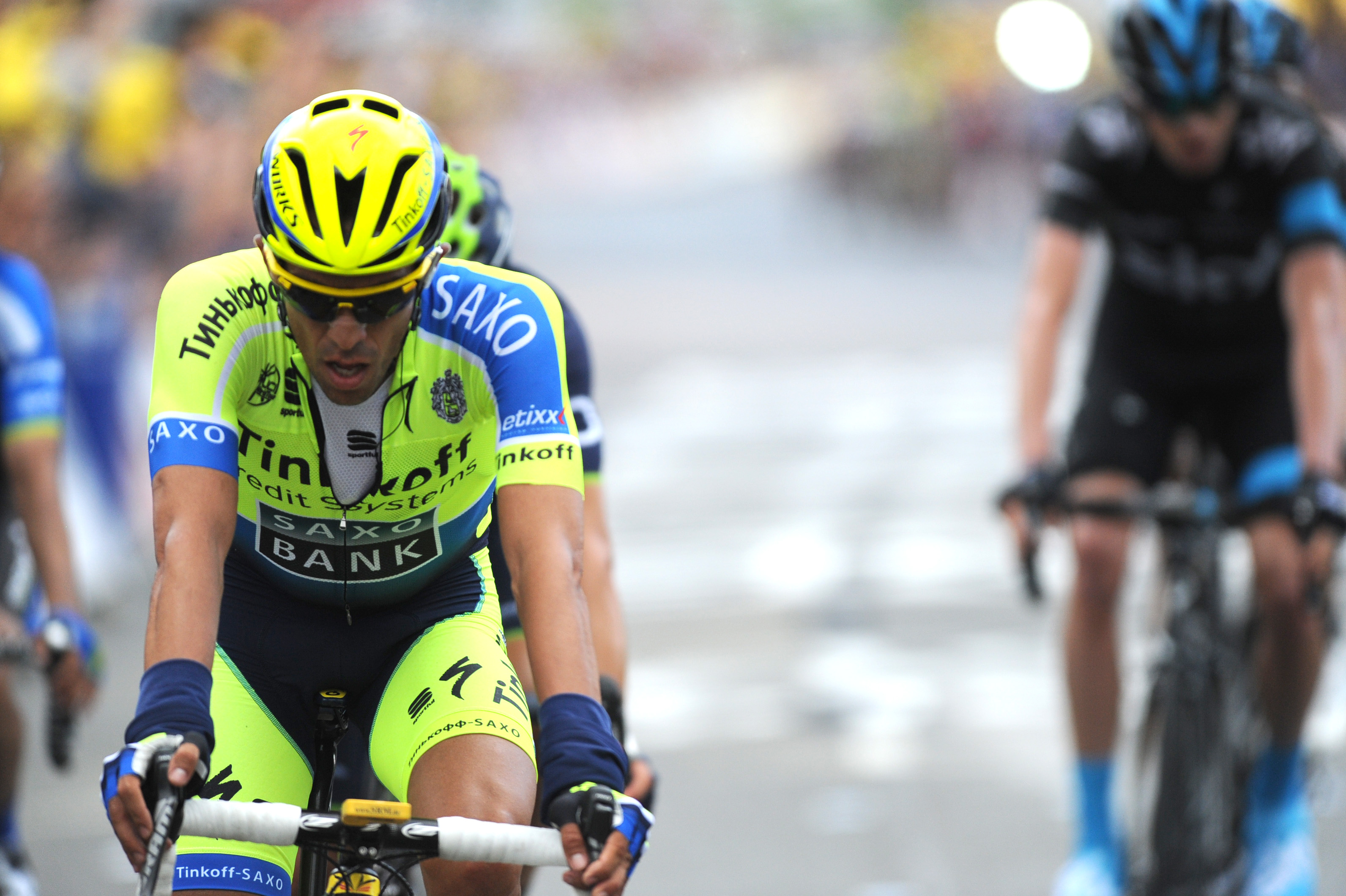 30 Jul 2015
By Campionissimo - In LATEST ARTICLES, THE GREAT RACE

Dogged by illness and exhaustion, Alberto Contador decided to end his season today – ultimately bringing the curtains down on any hopes of a Grand Tour-double for the Spanish rider.

“Alberto still has high fever, and is unable to race,” said Tinkoff-Saxo sport director Patxi Vila in a team release. “He also renounces the criteriums he has scheduled to attend, and, as a result, his 2015 racing season has come to an end.”

This means no Vuelta a Espana for Contador this season.

“I would have always regretted if I hadn’t tried [the double],” Contador said. “The Giro was harder than I had hoped it would have been. Astana made it very hard for me, and with the hard efforts in the final week, and in the mountains, I came out of the Giro tired. I was fresh mentally, very motivated, but my body was still tired.”

In the past, Contador has started four grand tours in a row, while finishing three – crashing out of the 2014 Tour, but winning both the 2014 Vuelta and the 2015 Giro.

After a disappointing 5th place finish at this month’s Tour de France, the 32-year-old Contador feels it’s time for a break.

“We knew it would be difficult, but Alberto was determined to do it. I admire him because he was brave to try,” De Jongh said. “Next year, we will have a different plan, to come into the Tour fresher. We will discuss these things in the next months.”

Speaking to the press in Paris at the conclusion of Tour, Contador said next season was already on his mind – suggesting one Grand Tour-double attempt might be enough though.

“Next year, we’ll change everything, and focus completely on the Tour,” he said. “I want to make a season like I did [in 2014], with the first part of the season at full strength, race the Tour, and perhaps even the Olympic Games, which I hear is a hard route, and might be suited for me.”