Alberto Contador to Retire After Vuelta a Espana 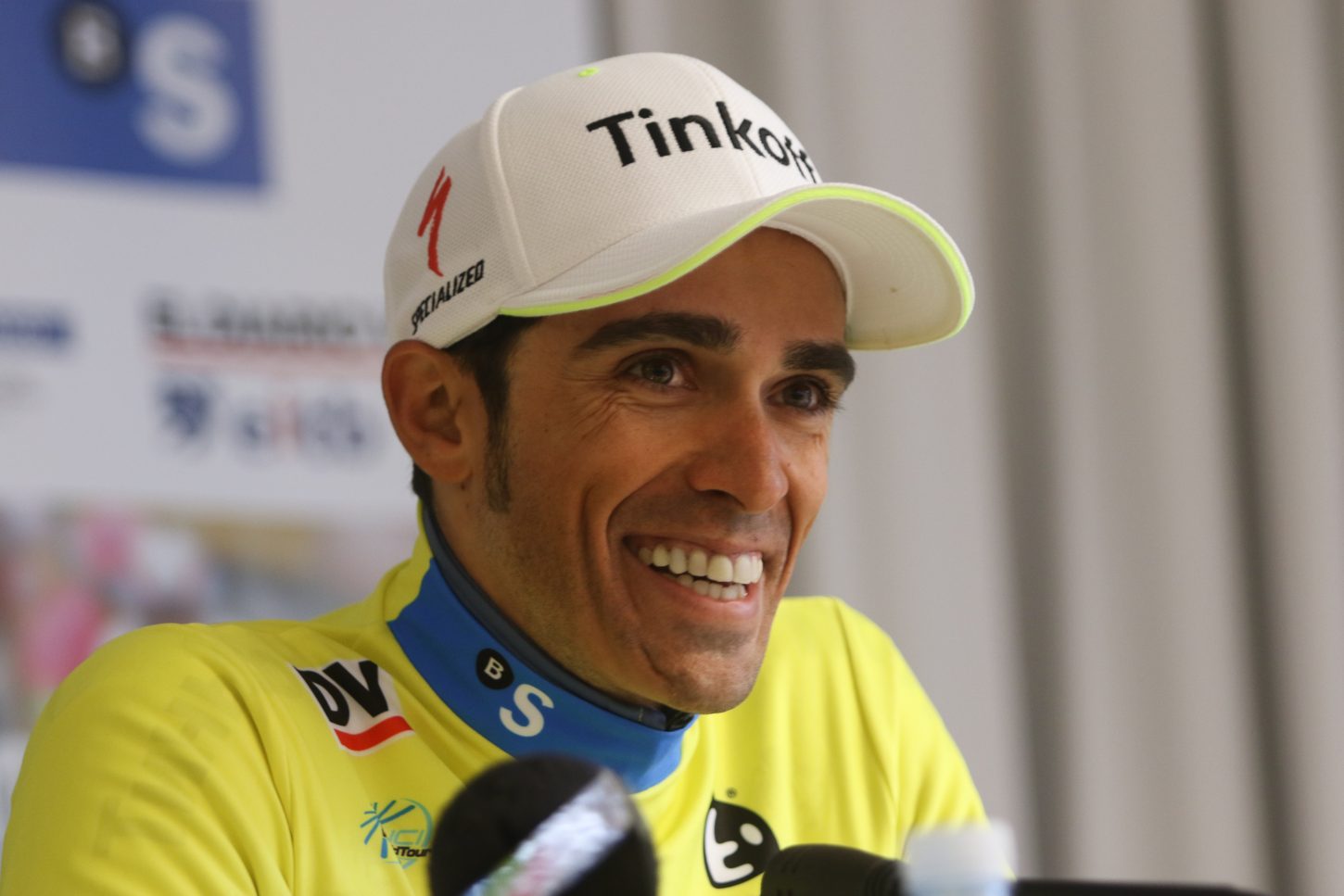 Alberto Contador announcement this morning, that he will retire from racing at the conclusion of this year’s Vuelta a Espana.

The question of when and how the Spanish rider would make his decision to retire has been a lingering question for almost two years now. Contador first intimated that he might end his career in 2016, but contract offers prompted him to hang on for another season.

Contador later suggested that he might continue into 2018, before posting an Instagram this morning, indicating that this month’s Vuelta would be “my last professional race. I say that with joy, without the slightest sadness. It’s a decision that I come to after mature reflection and I don’t think there can be a better way to say goodbye than at a race in your own country.”

Contador retires as one of six riders to have won all three grand tours. He was also the youngest and the quickest to achieve the feat, managing it before the age of 25 and in only 15 months. He remains the most successful grand tour rider of his generation, with two victories each in the Giro d’Italia and Tour de france and three in the Vuelta. Bernard Hinault is the only other man to win each more than once.

Much of the earlier part of his career was mired in controversy and he departs as an embodiment of the contradictions and doubts that have underpinned the sport in the post-Lance Armstrong era.

In February 2012, Contador was banned for two years at the end of a 585-day battle to clear his name after traces of the banned steroid clenbuterol were found in his urine. He never disputed the finding but claimed the substance must have been contained in contaminated beef.

It was never established whether Contador had doped, a theory that the clenbuterol might have entered his system via a contaminated blood bag was never proven, and the court of arbitration for sport concluded the drug most probably had been ingested through a contaminated food supplement.

What mattered was the principle of strict liability, for anti-doping to work, the athlete has ultimately to be held responsible for what is in his or her system whether or not doping is proven.

It was hard to avoid the sense Contador was also paying the price, for his links to two of cycling’s most notorious doping directors sports, Manolo Saiz, with whom he turned professional in 2003, and Johan Bruyneel, who picked him up when Saiz’s Liberty Saguaros team went bust in the wake of the 2006 Operation Puerto blood doping scandal, in which Contador was initially implicated but ultimately cleared.

In 2007, Contador moved to the Discovery Channel squad, which went defunct at the end of the season, leading him to join Team Astana. But, that move would prevent him from defending his Tour de France title with the race organizer ASO barring the Kazakhstan team from all their races due to past doping violations. Instead, he went to the Giro d’Italia and Vuelta a Espana for the first time and won each race.

Contador would return in 2009 to claim his second Tour de France victory, overcoming an internal team rivalry with Lance Armstrong, as well as his long-time GC rival Andy Schleck.

Contador would win again in 2010, beating Schleck by just 39 seconds and a few days later would announce that he was to move to the Saxo-Bank team at the end of the season.

However, three weeks later Contador would test positive for the banned substance Clenbuterol during the second rest day. He claimed that it had come from contaminated meat, but a protracted legal case would end in 2012 with Contador receiving a retrospective two-year ban and his was subsequently awarded to Schleck.

Contador bounced back winning another Giro d’Italia title over Michele Scaroni in 2011. But that victory was also stricken from the record books in February 2012, when the Court of Arbitration for Sport confirmed Contador’s punishment.

Contador spent just six months in purgatory before returning with Saxo Bank in August of that year. He went on to win the Vuelta a Espana in dramatic style after impressive performance during the final week of the Spanish Grand Tour.

Contador’s career would continue to decline from there however, winning just one major race in 2013 and finishing a distant fourth in the Tour de France. Contador’s fortunes further diminished form there, after he was forced to abandon the 2014 French Grand Tour, following a crash during stage 10 which left him with a fractured leg.

However, Contador would reprise his previous two Vuelta a Espana victories, and claim with third title after beating Chris Froome by just over a minute.

Contador’s last Grand Tour victory came at the 2015 Giro d’Italia, where a dominant ride saw him best the Astana duo of Fabio Aru and Mikel Landa.

That would be last time Contador would stand on the podium of a Grand Tour event.