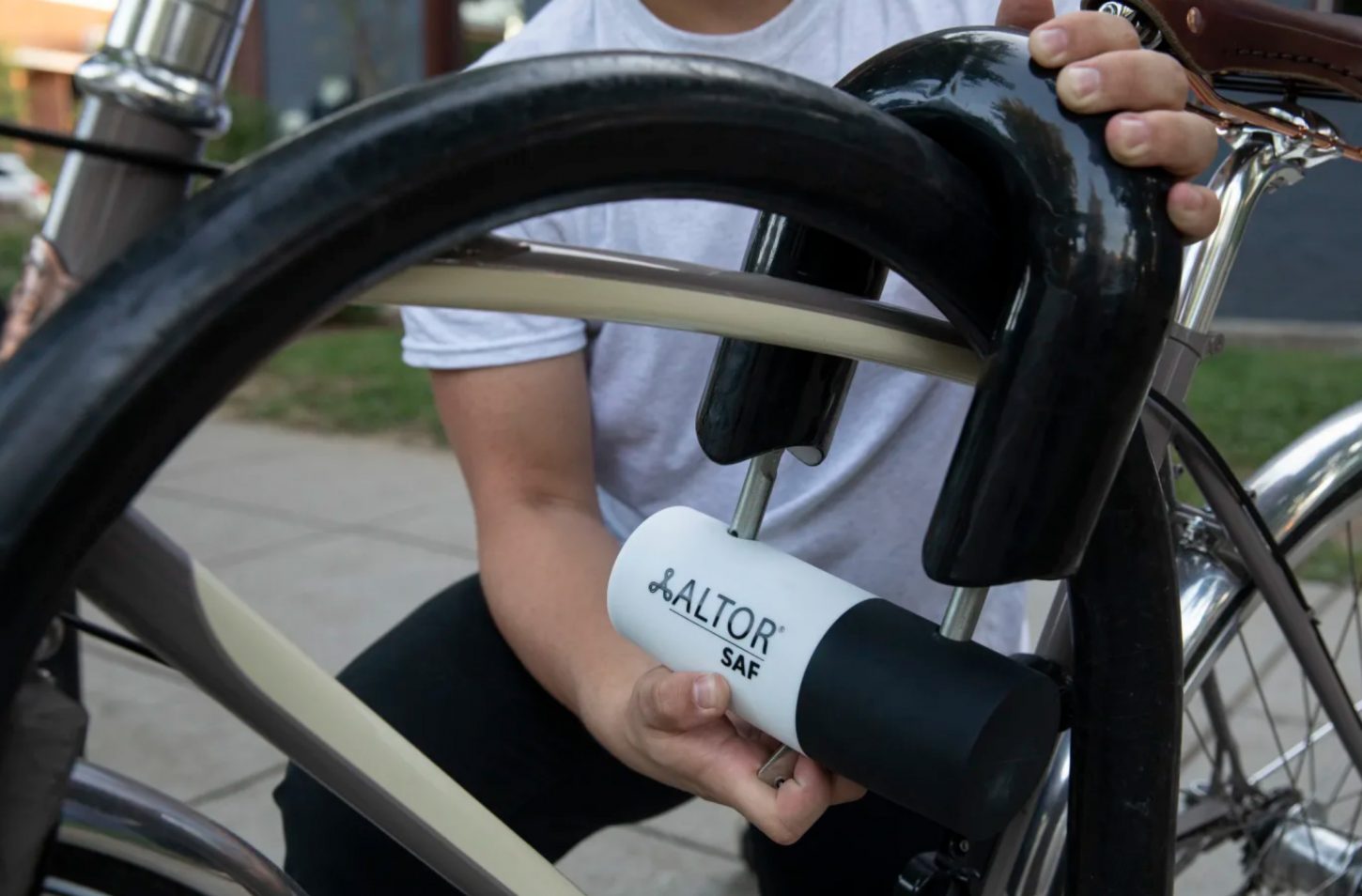 16 Aug 2019
By Gianni Pericolo - In LATEST ARTICLES, THE DOUBLE DIAMOND

Bike thieves have become so brazen these days, some have even resorted to portable grinders to cut the locks off of bikes in broad-daylight.

Altor’s answer to this is its newest SAF lock, which is a beefy 80mm in diameter and weighs a hefty 13.7 pounds that features a semi-hollow alloy construction that’s designed to resist even portable angle grinders by preventing the blade from breaching the core hardened steel locking structure.

According to Altor, they tested the SAF against three of Popular Mechanics‘ top angle grinders, wherein all three failed within four to six minutes because of either a battery dying, overheating or a broken grinder disc.

“The impetus for design was the repeated requests we got in our inbox to build something to defend against angle grinders,” said Jon Akers, head of Altor Locks sales and marketing. “Angle grinders are the most common tool used by thieves today in major cities.”

Altor is clear that the SAF is not intended to be a portable, but rather the lock is designed to provide supreme overnight security.

“This is a very different target market for us,” Akers said. “We have been a lightweight lock company for years and now make a lock nearly the weight of a chain lock. Our target market is for people who live in cities and leave their bike locked up outside their house. The SAF Lock was designed to stay put, to be left either at home or work, where you lock your bike up for prolong periods.”

Altor is currently offering the SAF through a crowd-funding campaign on Indiegogo for an introductory price of $199. Afterwards, the lock will retail for $299.