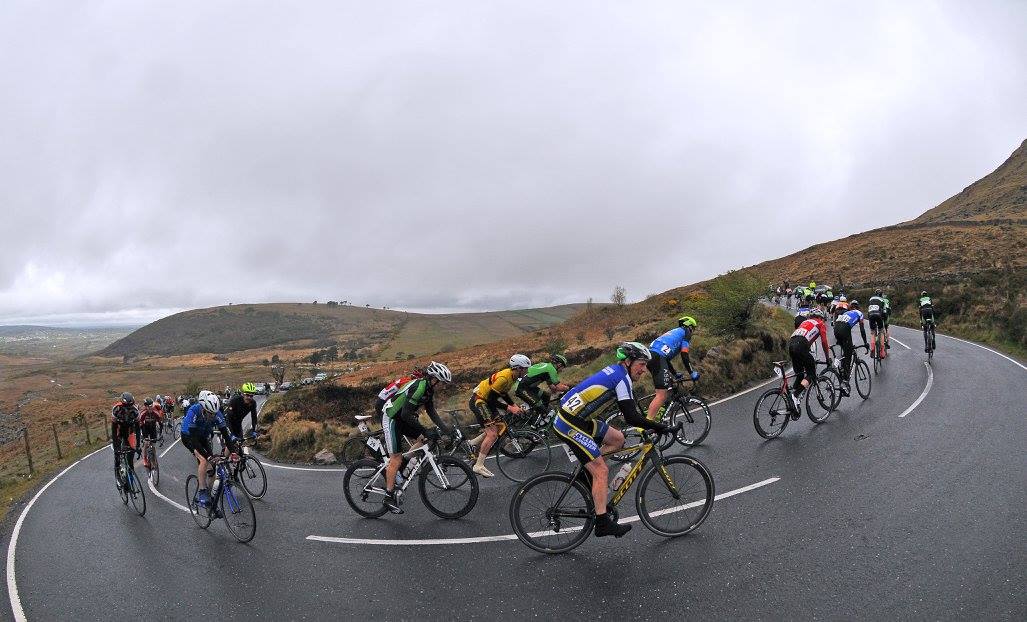 The 2016 AmberGreen Energy Tour of Ulster is a part of the Cycling Ireland 2016 Race Calendar and is organised by BGN Sports Management. The grueling 3 day stage race around the hard roads of Northern Ireland will take place from 30th April – 2nd May 2016 with the County Tyrone village of Moy being base camp.

22 teams were represented from all parts of Ireland with 107 signed on at the beginning of the race.

The stage, which started and finished in Moy, Co Tyrone, took the riders on a 140-kilometre journey over six categorised climbs. The leader of the King of the Hills competition after day 1 went Mark Dowling (Asea Wheelworx).

Richardson Storms to Stage 2 Victory of Tour of Ulster

Hard work pays off and Ian Richardson has reaped the rewards of putting in long hours with his biggest stage victory of his career. Richardson, 10th overall and 1st county rider in the 2015 An Post Ras, riding for UCD-FitzCycles.ie went up the road with 5 km to go breaking clear of a qulaity 14-man group to take the stage win.

From the gun, David McFall (Omagh Wheelers CC), Seán Lacey (Team Aquablue) and Sean McKenna (Team Aquablue) went clear from the main bunch which triggered a 15-man chase group.
The lead group of three was caught and although this 16 man group had a gap of just 35 seconds starting the first climb they would never be seen again over the 82 .remaining miles.

After some smaller groups tried to get away and a few riders getting dropped over the remaining stinging climbs Richardson powered to victory 5km to the finish with Conor Hennebry (Team Aquablue) coming in second and taking over the race lead. Gareth McKee (Banbridge Cycling Club) was the new leader of the King of the Hills competition after day 2.

Marcus Christie victorious in final stage of Tour of Ulster

Marcus Christie, a former U23 road international and elite Irish team track rider and Commonwealth Games athlete came home solo after ripping around the circuit of seven 10 mile laps. Having taking a bit or a respite from racing, Christie was hungry to get back into the mix and it showed with his impressive final stage victory of the Amber Green Energy Tour of Ulster.

Conor Hennebry of Team Aquablue, along with his teammates, raced a tactical third and final stage which required all hands on deck as they had to thwart dangerous attacks by defending champion Mark Dowling (ASEA Wheelworx).

Shortly after the start Eoin Morton (UCD FitzCycles), Ronan McLaughlin (Foyle Racing Team) & Marcus Christie (Omagh Wheelers CC) attacked and quickly opened up a gap og 30 seconds. They were joined by Sean Noon (Foyle Racing Team), Angus Fyffe (Omagh Wheelers CC) and after 32 miles covered this was to be the decisive move that would remain up the road and battle it out in the final gallop to the line.

Hands down, the most impressive bit of riding on the stage went to Eoin Morton (UCD FitzCycles) who was first over all 6 KOH primes. This mountain goat effort solidified him as the first place victor and jersey wearer in the KOH competition. In the last kilometre of racing, Christie took the initiative and attacked with a valiant move, getting clear and holding off the chase group for a great win. He crossed the finish line three seconds ahead of Fyffe who led home the rest of the breakaway, with just a further three seconds elapsing. Hennebry was in the reduced peloton that caught the back of the breakaway right on the line and held on to win the race outright by eight seconds from team mate Sean Lacey, with Dowling a further four seconds down in 3rd place.