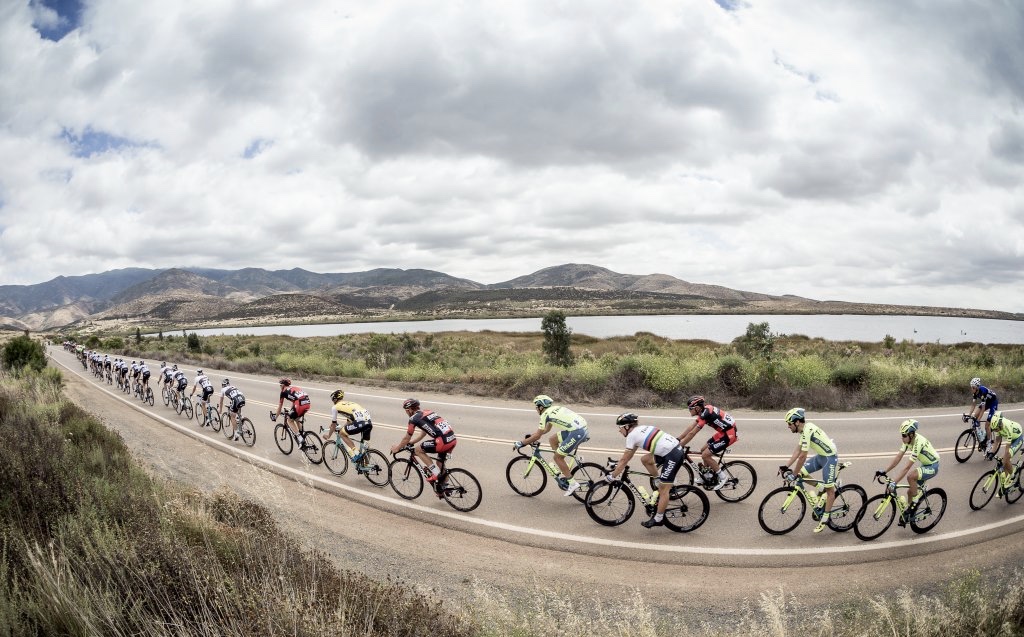 17 May 2016
By Gianni Pericolo - In THE GREAT RACE, Uncategorized

Etixx-QuickStep’s Julian Alaphilippe produced an astounding late burst to claim victory on stage three of the Tour of California.

The French rider succeeded in reeling in lone leader Peter Stetina inside the final 500m and sprinted to victory at the summit finish on Gibraltar Road.

Stetina had appeared set for victory, breaking clear of the remaining leaders inside the final 3km, but his bid for glory was denied in spectacular fashion by Alaphilippe, who finished second overall in California last season.

The stage proved costly for Team Sky, with team leader Peter Kennaugh taken to hospital with an apparent collarbone injury after a crash inside the final 25km.

Alaphilippe’s burst was enough to secure the overall lead as well, by 19 seconds from Stetina, with Monday’s stage winner Ted King (Cannondale) having been dropped before the final climb.

Heading into the final climb with 18km still to race, Putt and Daniel had left their companions behind, but with the peloton at just a minute and a half behind. Daniel then went solo with around 11km to go.

Behind him, 2015 champion Peter Sagan (Tinkoff) slipped into the trailing group, evidently not intent on defending his title. Also there were Bradley Wiggins (Team Wiggins) and Mark Cavendish (Dimension Data). Overnight leader Ben King (Cannondale) was another of those who found the pace too high, and his spell in the golden jersey was over.

As Daniel was caught, his Axeon team-mate Neilson Powless attacked from the bunch and opened up a 30-second gap as the climb steepened. Lachlan Morton (Jelly Belly) and Stetina also attacked from the dwindling peloton and bridged to Powless with 3.7km remaining.

Stetina struck out with 2km to go, and behind the GC contenders group split apart with Alaphilippe launching a fast move to catch Stetina. Then Alaphilippe – second overall last year – accelerated again to take a solo win.

Wednesday’s stage four is another hilly one which will suit riders coming out of the classics season, particularly with the two final climbs of Laureles Grade summit and Mazda Raceway summit in the final 10km before the race finishes in the iconic Laguna Seca race track. Given the coastal nature of the route, winds blowing off the Pacific Ocean could be a factor all day.