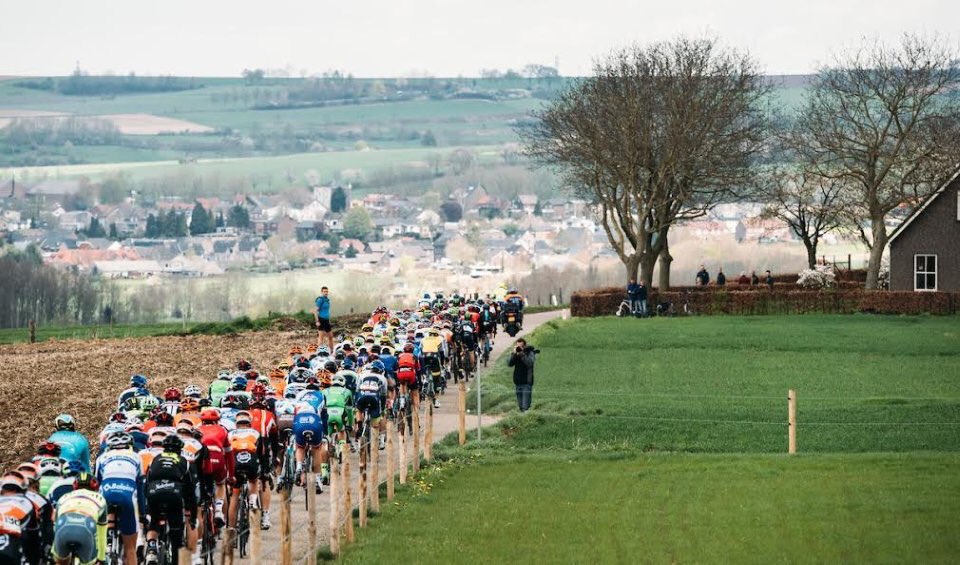 Meanwhile, ORICA-Scott’s Michael Albasini rounded out the podium in third spot, after finishing 10 seconds down on the two leaders.

However, little-by-little the escapees were reeled in by the chase, leaving only Grellier to forge on alone. But, with 40 kilometers remaining, the young French rider was eventually reined in by the peloton as well.

Former world champion Michal Kwiatkowski later bridged his way to the breakaway group along the steep climb of the Keutenberg.

Meanwhile, Greg Van Avermaet, Alejandro Valverde, Tim Wellens and Fabio Felline attempted to bridge their way to the leaders as well, but to no avail.

The four chasers were soon joined Warren Barguil, Bob Jungels and Rui Costa to form an even larger chase effort. But, despite the group’s  strength in numbers, the escapees continued to increase their lead.

Lindeman was the first rider to lose contact with the breakaway group, after failing to keep pace with his fellow escapees during the final 20 kilometers.

Little changed for the chase group from there however, as the leaders proceeded to increase their lead to almost a minute during the last 9 kilometers.

With 6 kilometers to go, Kwiatkowski decided to attack. However, the Polish rider’s aggressions were quickly neutralized, making way for a counter-attack from Gilbert.

From there, only Kwiatkowski was able to follow the Belgian rider, while Haas tried in earnest to bridge the gap.

The two leaders continued to increase their lead from there, ultimately setting the stage for a sprint showdown between the duo.

Coming into the final stretch, Kwiatkowski was the first to open up his sprint, initially creating a slight gap over Gilbert.

However, the Belgian champion managed to react in time to power past his rival during the closing meters to claim his second classics victory of the season.