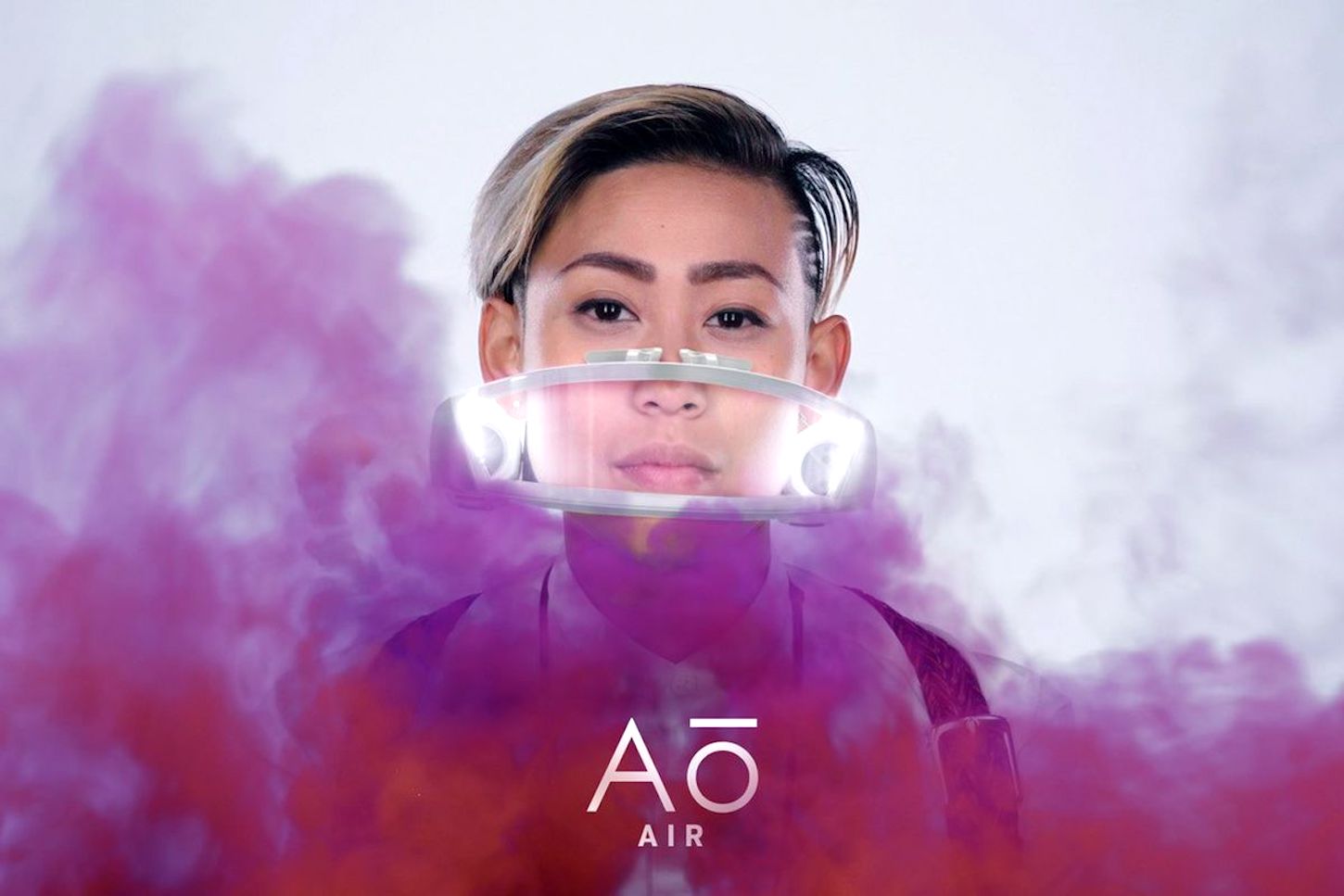 Ao Air has unveiled a new way to combat the breathing of air pollution with the launch of its Atmos Faceware, which could have potential implications for cyclists.

As one can glean from the images, the Atmos Faceware is a clear mask that goes across the face, covering the mouth and nose, From there, it relies on a system of fans that adapt to the wearer’s breathing, while simultaneously cleaning the incoming air via filters that Ao Air calls its D’Fend Multistage Filtration system.

Ao Air claims its Atmos Faceware is capable of cleaning the air at 63 plus gallons per minute (240 liters per minute), which they claim is 50 times more effective than other designs, along with a battery life that can last up to five hours depending on lung capacity, physical activity and air quality.

“Our patented PositivAir technology utilises fans to create a positive pressure clean air environment for you to breathe freely, requiring no seal around the mouth and nose,” says Ao Air. “This system allows clean, cool air to comfortably escape the mask around the face creating a continuous, one way outflow that keeps outside air out. This means unparalleled protection (up to 50x better than current market leading solutions).”

“Our pre-filter removes the largest particulates while our active Nano-Filter was designed from the molecular level and provides the ultimate in protection from fine dust particles, pollen and ash.”

With air pollution levels on the rise in urban areas around the globe, attended by the critical concerns raised by climate change activists, Ao Air seems to have positioned itself well for introducing a tech-driven solution to the problem.